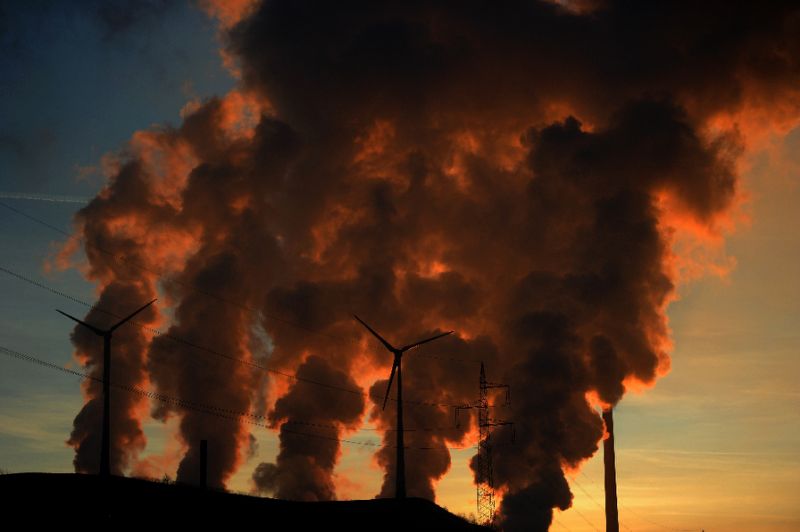 PARIS: Scientists in the United States have detected the highest levels of planet-warming carbon dioxide in Earth’s atmosphere since records began, sounding new alarm over the relentless rise of man-made greenhouse gas emissions.

The Mauna Loa Observatory in Hawaii, which has tracked atmospheric CO2 levels since the late 1950s, on Saturday morning detected 415.26 parts per million (ppm).

It was also the first time on record that the observatory measured a daily baseline above 415 ppm.

The last time Earth’s atmosphere contained this much CO2 was more than three million years ago, when global sea levels were several metres higher and parts of Antarctica were blanketed in forest.

“It shows that we are not on track with protecting the climate at all. The number keeps rising and it’s getting higher year after year,” Wolfgang Lucht, from the Potsdam Institute for Climate Impact Research (PIK), told AFP.

“This number needs to stabilise.”

But far from stabilising, levels of CO2 — one of a trinity of greenhouse gases produced when fossil fuels are burnt — are climbing ever more rapidly.

Ralph Keeling, director of Scripps Institution of Oceanography’s CO2 Programme, said the trend would probably continue throughout 2019 — likely to be an El Nino year in which temperatures rise due to warmer ocean currents.

“The average growth rate is remaining on the high end. The increase from last year will probably be around three parts per million whereas the recent average has been 2.5 ppm,” he said.

The 2015 Paris Agreement calls on humanity to block the rise in Earth’s temperature at “well below” 2 degrees Celsius (3.6 Fahrenheit) compared to preindustrial levels, and 1.5C if possible.

The last four years were the four hottest on record and, in spite of the Paris deal and increasing public awareness of the problem, mankind continues to break its own emissions records, year on year.

“All of human history has been in a colder climate than now,” said Lucht.

“Every time an engine runs we emit CO2 and it has to go somewhere. It doesn’t miraculously disappear, it stays in the atmosphere.

“Despite the Paris climate agreement, despite all the speeches and the protests — we are not seeing that we are bending the curve yet,” he added.

While there is some disagreement over what would constitute “safe” atmospheric CO2 levels, there is a broad consensus that 350 ppm — a level surpassed in the late 1980s — would stave off runaway global warming.

“350 ppm is a precautionary value because some of the consequences of being above 400 may still be evolving,” Lucht said.

“But since we’re not on track anyhow, any value that we can manage to stabilise at is a win.”

The 415 ppm threshold was first surpassed earlier this month and has already risen further.

“I’m old enough to remember when passing 400ppm was a big deal,” Gernot Wagner, a research associate at Harvard University, said on Twitter.

“Two years ago we hit 410ppm for the first time. By now, it’s 415ppm. And oh, the increase is increasing at an increasing rate!” – AFP