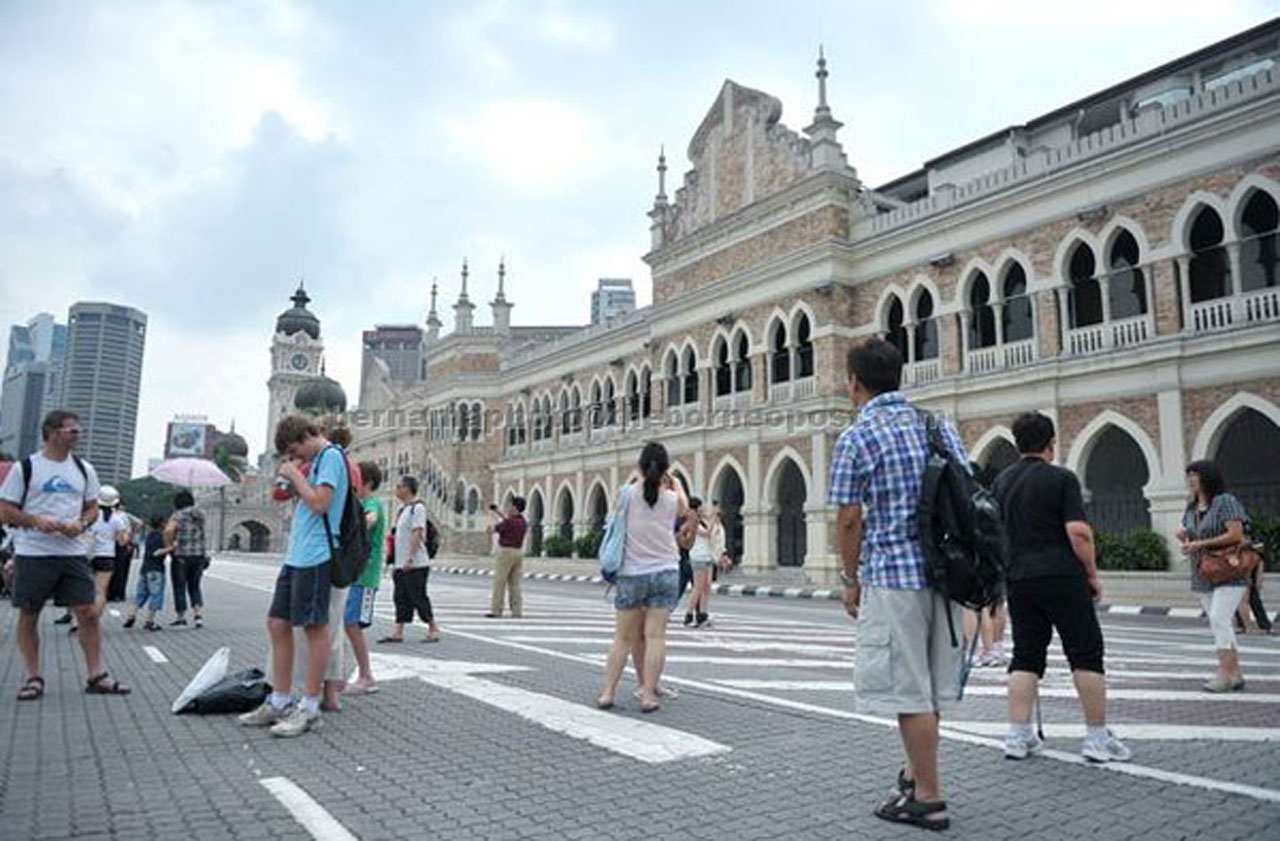 Tourists are seen at the Merdeka Square in Kuala Lumpur. Malaysia’s tourism industry has been rising in significance, contributing 14.9 per cent to Malaysia’s economy in 2017 compared with just 10.4 per cent in 2005, says Maybank Kim Eng. – Bernama photo

KUALA LUMPUR: The rapid multi-billion ringgit infrastructure developments in the country will provide a catalyst for domestic tourism, according to Maybank Kim Eng.

The brokerage pointed out that the East Coast Rail Line project, for example, would greatly improve accessibility of east coast islands such as Redang and Perhentian.

It also said the construction of Resorts World Genting outdoor theme park, which was currently stalled, could be completed by end-2020 or 2021.

In its latest report titled ‘Blue Skies, But Keep Your Seatbelts Fastened’ released on Tuesday, Maybank Kim Eng said major infrastructure developments such as the construction of the RM1.6 billion Kulim International Airport, which would primarily be a cargo hub, and the RM1.2 billion expansion of the Penang International Airport were expected to reinforce Penang island as a popular local tourism destination.

The brokerage believed Penang mainland was emerging as a major beneficiary, being located in the middle of major infrastructure developments.

Maybank Kim Eng pointed out that domestic tourism receipts were rapidly catching up to inbound tourism receipts against the backdrop of total visitor arrivals plateauing over the past five years due to fewer visitors from Singapore.

“Malaysia is also emerging as a growing medical, retirement and education tourism destination,” it said.

The tourism industry had been rising in significance, contributing 14.9 per cent to Malaysia’s economy in 2017 compared with just 10.4 per cent in 2005, the brokerage said.