Monday, May 25
You are at:Home»News»Sabah»Minister, cop allegedly involved in brawl 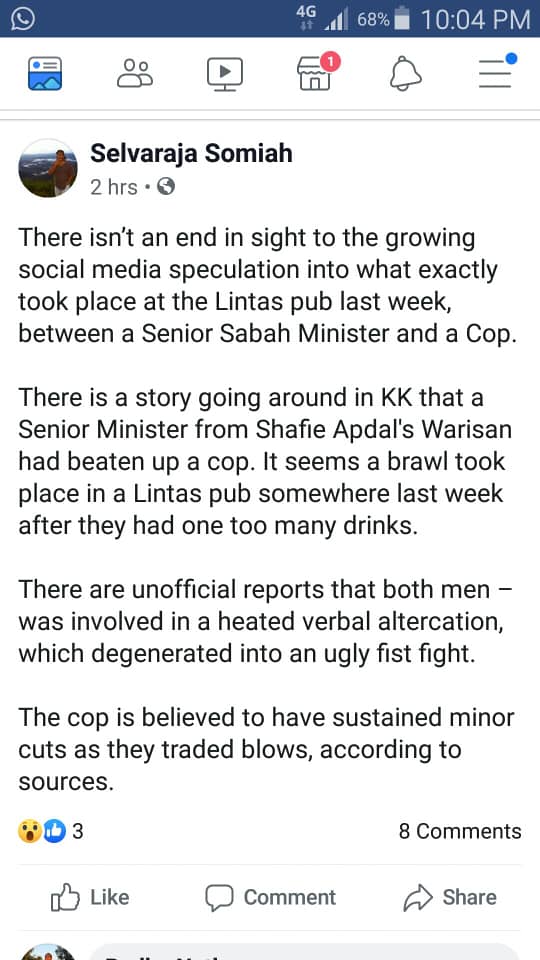 The alleged post that went viral in social media.

KOTA KINABALU:  Police have not received any report from any party regarding an alleged brawl between a senior Sabah minister and a police officer last week.

Although no police report lodged by either party, police are said to be investigating the case.

A post went viral in social media last week alleging that a senior minister was involved in a brawl with a police officer at a pub in Lintas.

The post also claimed that the officer sustained minor cuts, but was unable to confirm the source and authenticity of the alleged report.