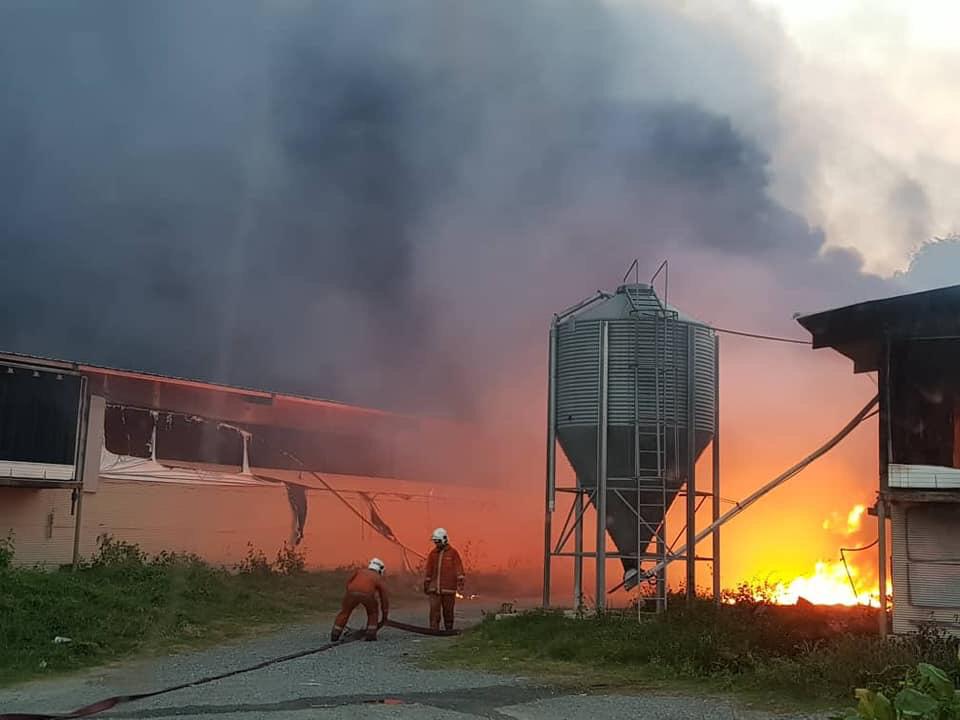 Firefighters putting out the fire that destroyed three chicken coops at a chicken farm in Kampung Bantayan.

TUARAN: A commercial chicken farm suffered huge losses when three of its chicken coops were destroyed in a fire at Kampung Bantayan in Tamparuli, here yesterday.

Tuaran Fire and Rescue Station chief Mohd Faizal Alias said a distress call was received at 5.23am and four fire trucks – three from Tuaran and one from Kota Belud – were deployed to the scene.

“We only managed to control the blaze by 7.26am while the whole operation ended around 10am,” he said.

The actual cause of the fire and total losses suffered by the farm are still under investigation.