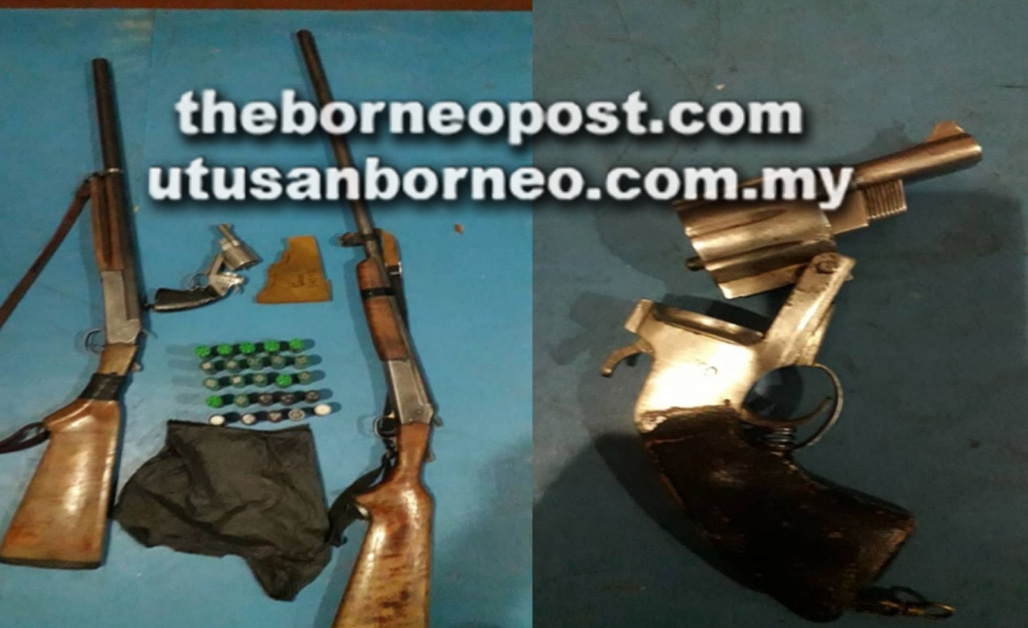 Photo (left) shows the shotguns, pistol and cartridges seized by police during the drug bust at early yesterday. At right is a close up of the seized homemade pistol.

MIRI: Police seized firearms and ammunition during an early-morning drug bust in Lawas yesterday, which also saw the arrest of three men.

“The raid saw the arrest of three men, including an Indonesian, after substance believed to be Syabu was found in the house.

“A subsequent search of a four-wheel-drive vehicle parked outside the house uncovered two shotguns, one homemade pistol and 25 live cartridges,” he said.

According to Sahar, the 32-year-old foreigner and 67-year-old local tested negative for drugs, while the other local suspect, 52, was found to be drug-positive.

He said all three are being investigated under Section 39A(2) of the Dangerous Drugs Act 1952 for drug possession, while the 52-year-old faces an additional probe under Section 15(1) of the same Act for drug abuse.

“They will also be investigated under Section 8 of the Arms Act 1960 for possessing arms and ammunition without licence or permit,” he added.