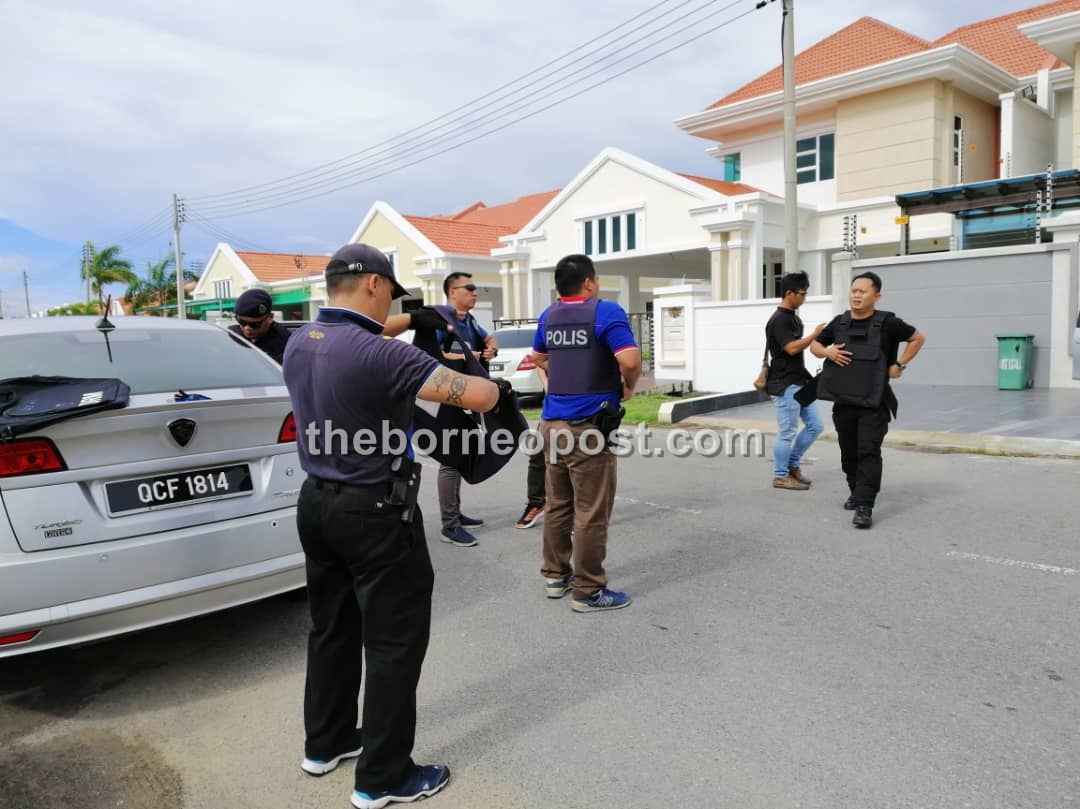 Police gearing up at the scene of the incident.

MIRI: An armed robbery occurred at a house in Taman Serene Jelita in Taman Tunku at around 12.30pm today, with police exchanging gunfire with the suspects.

According to the victim of the crime, she had just returned home after picking up her four-year-old son from kindergarten.

“I had just entered the house and parked my car when it all happened.

“Suddenly I heard a loud bang and when I turned around, I saw a car crashing through my gate,” she said.

It was then she saw three masked men armed with pistols alighting from the car who then shouted for them to get inside the house.

“My husband and amah were in the house. We were forced to the second floor of the house at gunpoint; they had a gun pointed to my husband’s head,” she said.

The victim added that her son was traumatised from the whole incident, as his mouth was taped over by the perpetrators.

A passing police patrol vehicle, who was in the neighbourhood, saw the suspect’s car which had crashed through the gate and immediately called for backup. 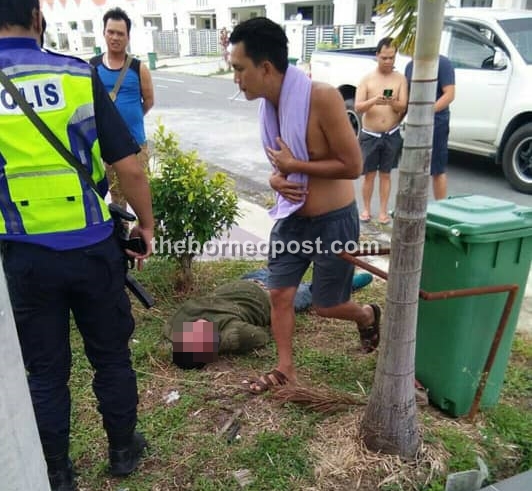 One of the alleged suspects who was apprehended by the police.

The robbers exchanged gunfire with the police, resulting in the victim’s husband’s finger was grazed by a bullet in the ensuing struggle.

Police are currently scouring the scene for evidence.

It is learnt that two of the suspects were arrested after the exchange, while one was believed to have escaped.