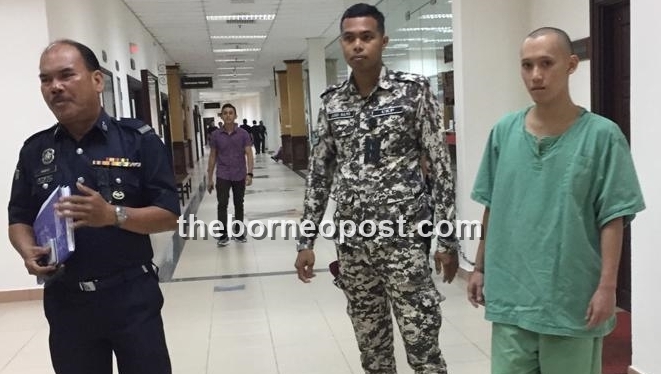 Alister (right) is escorted outside the court room.

KUCHING: The Kuching High Court today extended the mental observation on the youth convicted of insulting Islam online Alister Cogia, 22, for another month as the psychiatric report was not ready.

Judge Azhahari Kamal Ramli set June 17 for the case remention, and also for the disclosure of the full psychiatric report.

The judge had earlier ordered Alister to be placed under observation at the Hospital Sentosa since March 13 to determine his mental health. The observation period was extended for another month on April 16 as the report was not completed.

Alister’s case had attracted widespread attention of various parties. His lawyers were seeking to review whether his sentencing was appropriate as he might be suffering from mental illness.