Friday, June 5
You are at:Home»News»Fadillah: CM has instructed all GPS MPs to declare assets 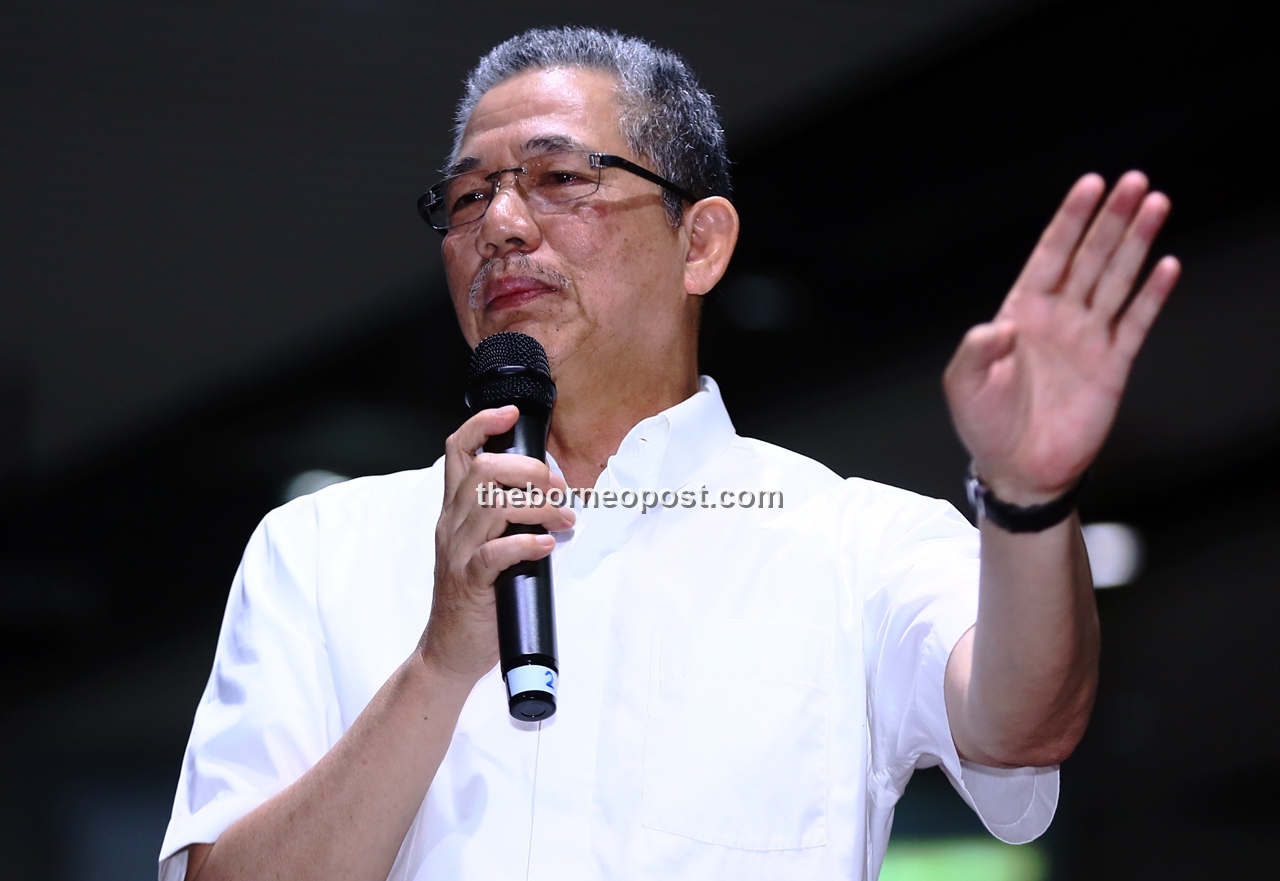 “Sarawak government was the first state government to sign the corruption-free pledge (CFP) with MACC in January 2017. Therefore, we welcome the proposal by GIACC as announced by Prime Minister Tun Dr Mahathir Mohamad that asset declaration to MACC must also cover opposition MPs.

“Sarawak has long headed towards this direction, and we receive recognition from MACC when all cabinet members of Sarawak government became the first cabinet to sign the CFP with MACC in January 2017.

“Even the Chief Minister Datuk Patinggi Abang Johari Tun Openg has actually directed all GPS members of parliament to also declare their assets. Now, Sarawak government is still waiting for the format specified by GIACC and MACC. All declarations already submitted by the GPS MPs to the Chief Minister office will be submitted altogether,” he said yesterday,

He was responding to news report on the proposal by the GIACC that the National Anti-Corruption Plan (NACP) includes asset declaration in the Key Performance Indicator (KPI) of ministers and members of Parliament (MPs) must also cover opposition MPs.

It quoted Prime Minister Tun Dr Mahathir Mohamad as saying this was because opposition lawmakers also had certain powers including the power to criticise the government.

Borneo Post yesterday reported director of MACC Sarawak, Razim Mohd Noor who confirmed that all Pakatan Harapan MPs have declared their assets and the people can go and check for themselves online at MACC website.

However, Razim was quoted to have said MACC is still waiting for a reply from GPS leaders to declare their assets. He disclosed that MACC had delivered the asset declaration forms to Chief Minister Datuk Patinggi Abang Johari Tun Openg about two months ago.

“We are still waiting for GPS MPs to declare. If they are accumulating their wealth legally there is nothing to worry,” he was reported as saying.

Meanwhile, Fadillah also said when he was the Works Minister in 2013, the first step he took was to sign a memorandum of understanding (MoU) to eradicate corruption with MACC.

He said the MoU was signed on July 1, 2013 which made the Works Ministry the first ministry in the country to sign an Integrity Pact with MACC.

“This showed that we in GPS always take seriously issues of corruption and abuse of power, and we support any efforts to eradicate corruption until the grassroots level,” he said.

Batang Sadong MP Datuk Seri Nancy Shukri said she also supports the proposal which will make transparency a practice in the country.

The former minister in the prime minister’s department in charge of law said she looks forward to see the proposal being realised and how effective it will be.

“Before this, we ministers were always reminded to declare out assets. Once asset declaration becomes a must under MACC, then it will consisten with the governance aspired by all of us,” she added.