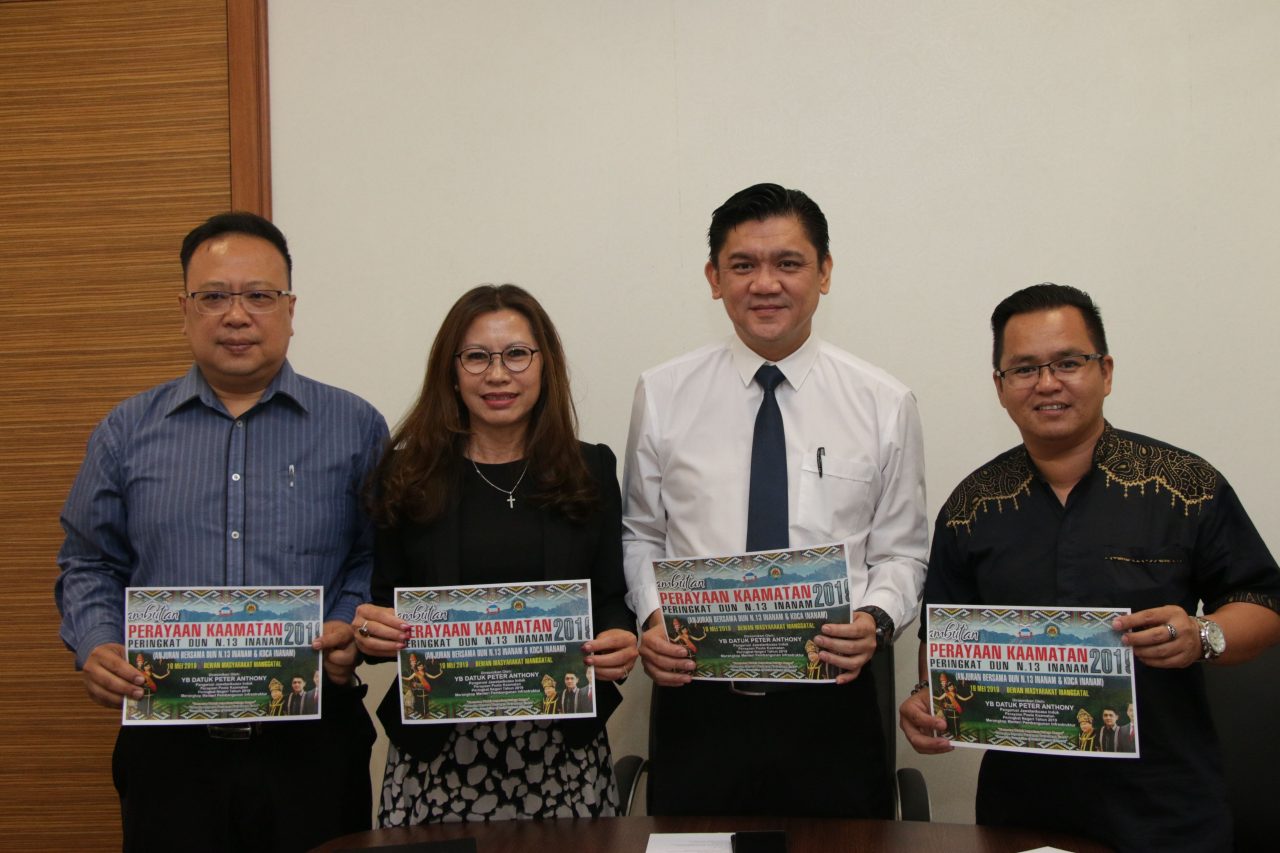 From right: Ronny, Chua, Angela and Chua’s special officer Jude Ignatius showing the flyer for the Pesta Kaamatan after the press conference.

KOTA KINABALU: Folk in Inanam are invited to join in the festivities of the three-day district level Pesta Kaamatan which starts on May 17.

According to the organising committee chairperson Angela Kok, the event is organised by the DUN Inanam office and KDCA Inanam.

“This year, we decided to organise it ourselves as the celebration had always been jointly organised with City Hall,” she told a press conference yesterday.

The celebration will be held at the Manggatal community hall and among the highlights are the Sugandoi competition and the Unduk Ngadau pageant.

“We have shortlisted 15 finalists who will vie for the Unduk Ngadau title. The winner will bring home a total of RM5,000 in cash and kinds. For the Sugandoi participants, it will be compulsory for them to sing songs from the 1950s and 1960s era,” said Kok.

There will also be traditional sports for those interested to compete, he said.

Ronny also disclosed that the three-day event also provides the opportunity for local folks to do business as there will be about 30 stalls at the venue.

“We have also invited about 10 government agencies to set up exhibition booths at the venue,” he said.

Chua who was also present at the press conference pointed out that unity among local communities in Inanam can be strengthened through the celebration.

“It also helps them to establish new ties and strengthen cooperation. It also helps to promote the tourism attractions in Inanam,” he said.