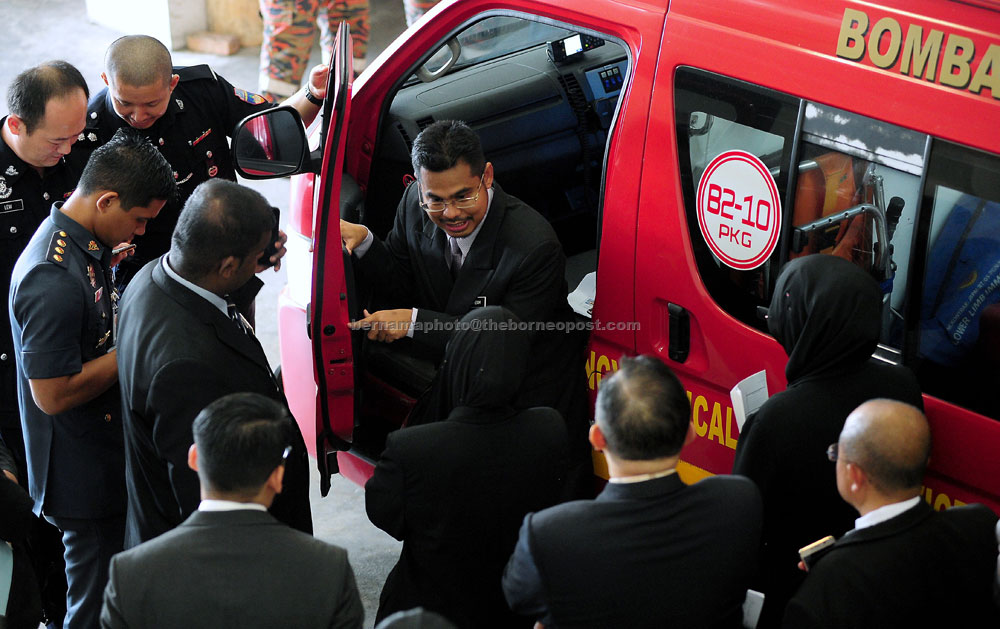 SHAH ALAM: The injuries sustained by Muhammad Adib Mohd Kassim were not caused by the left door of the Emergency Medical Rescue Service (EMRS) van he was in, the Coroner’s Court heard yesterday.

Kuala Lumpur Hospital (HKL) Forensic Pathologist Dr Ahmad Hafizam Hasmi, who was the 24th witness, said this could be determined without conducting an experiment because clinical examination and the post-mortem showed clear evidence on the injuries sustained by the victim.

“The injuries on the victim’s right chest were likely caused by a blunt, hard and wide object with a rough surface, and could have been the road shoulder, obstruction object or any other objects on the scene,” he said.

The witness said this when replying to questions by lawyer Mohd Kamaruzaman A. Wahab, who is representing Muhammad Adib’s family, on the 34th day of the inquest into the firefighter’s death before Coroner Rofiah Mohamad.

In his testimony before today, Dr Ahmad Hafizam had told that he had done an experiment on the cause of Muhammad Adib’s injuries to refute some of the theories presented by former Hospital Chancellor Tuanku Muhriz Forensic and Pathology senior consultant Prof Dr Shahrom Abd Wahid.

Dr Shahrom, who was also the 29th witness, had testified that the injuries on Muhammad Adib’s chest may have been caused by the EMRS van door.

Dr Ahmad Hafizam, who was recalled to testify again, however, said he could not explain the real cause of the victim’s injuries, unless he was by the side of Muhammad Adib at the scene, and when the victim passed away.

“What specific object caused the bruises on the right chest of the victim, I cannot explain it because we are working ‘blind’ as there no eyewitness came forward to give clues (on the incident),” he said.

Dr Ahmad Hafizam did not agree to Kamaruzaman’s suggestion that as a forensic expert, he (witness) was trained to peel off the skin, layer by layer of a dead body during the post-mortem process.

He explained that if such an act was done, it would disfigure the body.

“We, as far as possible, would try to prevent damage on the body, but I did tear tissues and muscles to see the bruises on the victim’s body,” he said.

Dr Ahmad Hafizam also stressed even though he did not slice every skin layer of the body to identify bruises, that did not mean he did not conduct a thorough examination.

Muhammad Adib, who was a member of the EMRS unit of the Subang Jaya Fire and Rescue Station, was seriously injured in the riots on the site of the Sri Maha Mariamman Temple, USJ 25, Subang Jaya on Nov 27 last year and died on Dec 17 at the National Heart Institute.