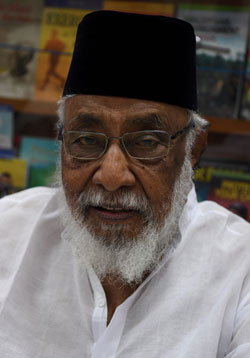 The body will be taken to Mohamed Idris’ house at No 2 Rose Avenue here.

He will be buried at the Muslim cemetery in Jalan Perak at 10am today.

Mohamed Idris, who was born on Dec 6, 1926, founded CAP in 1969 and was also chairman of Sahabat Alam Malaysia.

He was also a member of the George Town Municipal Council (now known as Pulau Pinang City Council) for several years from 1954.

Mohamed Idris received the Tun Abdul Razak Award on June 22, 2014 for his contributions to the community and conservation of the environment.

He leaves behind four children. — Bernama