Tuesday, September 27
You are at:Home»News»Nation»MACC to call more individuals over probe into military equipment supplies 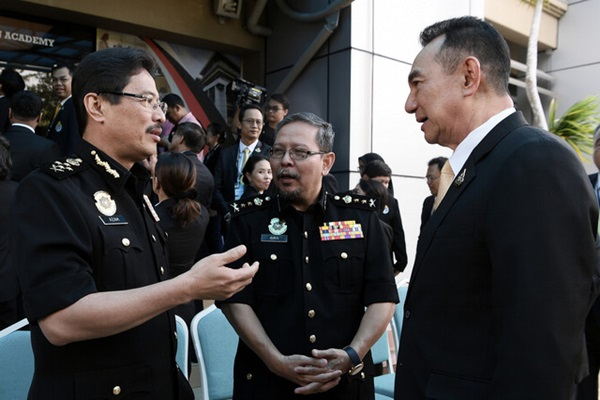 KUALA LUMPUR: The Malaysian Anti-Corruption Commission (MACC) will call more individuals to give their statements in the alleged corruption case involving a project worth RM17 million to supply equipment for armoured military vehicles.

MACC deputy chief commissioner (Operation) Datuk Seri Azam Baki, however, said the MACC’s investigation into the case was still in the initial stage.

“The MACC will soon call those involved to complete the investigation into the case,” he told reporters after attending the closing ceremony of the anti-corruption training for Officers of National Anti-Corruption Commission (ONACC) Thailand at the Malaysian Anti-Corruption Academy here today.

Prior to this, two individuals namely a chief executive officer (CEO) and a female chief financial officer (CFO) of a private company were remanded for the same case.

They were suspected of receiving bribes amounting to hundreds of thousands from several companies for the supply of equipment for the AV8 and Adnan armoured carrier vehicles between 2015 and 2017.

According to sources, MACC had also seized several luxury handbags and foreign currencies at the CFO’s house.

Meanwhile, Azam refuted the allegation that the MACC was not investigating or taking any action on the corruption report involving the controversial Taman Rimba Kiara development project in Taman Tun Dr Ismail (TTDI).

“Yes, we did. We already investigated it. It’s not true to say that we did not take any action.

“I have also instructed my investigating officers to get more information from certain quarters and we will submit the case to the deputy public prosecutor as soon as possible for further action,” he said.

The proposed project, which involves the construction of 350 units of affordable houses for Bukit Kiara longhouse residents and eight blocks of 50-storey high-end condominiums on a 4.8-hectare land, has been opposed because of the concern for one of the last the green lungs in the city. – Bernama