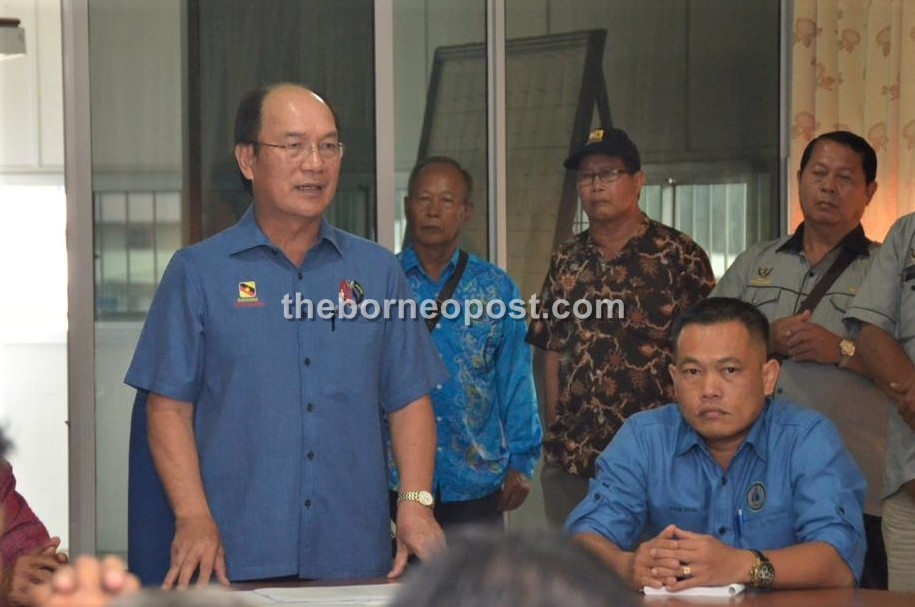 Datuk Gerawat Gala speaking during one of the dialogue sessions with the community in Mulu constituency. File Photo

MIRI: The Sarawak government reiterated that no unlawful development has taken place in Mulu, particularly within the oil palm plantation near the Mulu National Park, contrary to allegations that are being championed by both local and foreign activists.

Deputy Speaker and Mulu Assemblyman, Datuk Gerawat Gala said the plantation company – Radiant Lagoon (RL) who is developing the land – holds a lease from the government to develop the land into oil palm plantation.

“RL has a written agreement with the community leaders of Long Terawan and Kampung Malinau, Mulu wherein the local community agreed to and acknowledged RL’s development of their land as an oil palm plantation in the terms set out in the agreement,” said Gerawat when contacted to comment on recent reports that Mulu natives who had gone to Europe to highlight their fight against forest clearing near Mulu National Park have collected about 191,000 signatures supporting their cause.

The report quoted Mulu environmental activist Willie Kajan, who said the signatures were collected during a petition campaign in the United Kingdom, France, Belgium and Switzerland over the past week.

Gerawat said the group, which was sponsored and taken by BMF to Europe, did not represent the majority’s stand.

“The land claimed by the Penans is within the territorial claim of a Long Terawan so the Penans of Batu Bungan are being used by Willie Kajan and BMF to stop RLs plantation activities over land which is not theirs. Ketua Kaum Ukau Lupong is aware of this but unfortunately he persisted with BMF.

In view of these, he said leaders and members of the Berawan community have lodged a police report against BMF to protest against their involvement with local community issues.

“The relevant government agencies too have been instructed to go to the ground to investigate these complaints,” he said