Sunday, July 12
You are at:Home»News»Sabah»Two workers seriously injured after falling off telecommunication tower 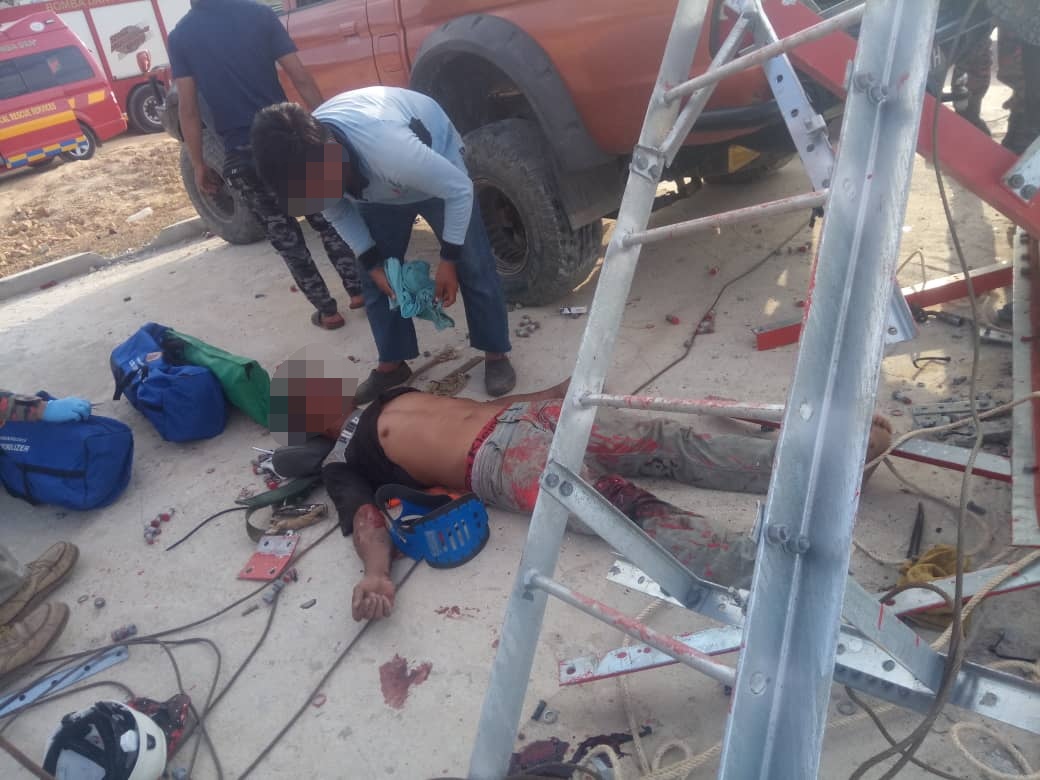 One of the workers who fell off a telecommunication tower.

Both victims, aged 28 and 40 years old, fell from a height of 100 feet while carrying out some work on the tower and were dangling some 10 feet from the ground before co-workers took them down and the arrival of fire and rescue personnel.

Kota Belud fire and rescue station received a call at 4.37 pm alerting them of the incident, and a team was immediately sent to assist.

“Fire and rescue personnel provided first aid treatment to both injured workers before they were sent to the hospital by an ambulance and EMRS for further medical attention.

“Both workers suffered broken bones on both arms and right leg, besides facial injuries. They were still conscious when the fire and rescue team arrived. The operation ended at 5.20 pm,” said Masbi Peran, the fire and rescue officer who led the team.