Monday, May 25
You are at:Home»News»Crime»Police to hunt down loan sharks who charge sky-high interest rates, harass clients 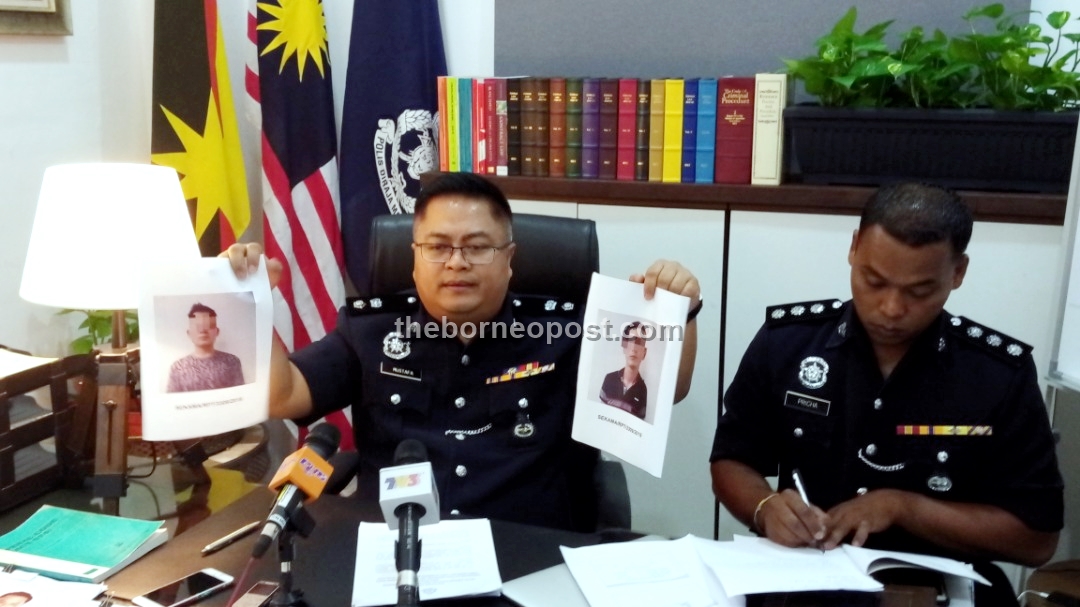 Mustafa holds mugshots of both suspects who were arrested in Central Park on May 21.

KUCHING: The police will come down hard on illegal money lenders or loan sharks for charging exorbitant interest rates and harassing their clients turned victims.

Sarawak Commercial Crime Investigation Department (CCID) chief Supt Mustafa Kamal Gani Abdullah said from Jan to May 20 this year, a total of 13 police reports have been received by the police with regards to this issue, with losses coming to RM107,000.

“One of the victims claimed that he borrowed only RM1,000 from a loan shark but is required to pay RM10,000 as the loan shark insisted that he (the victim) has to pay his late payment interests,” Mustafa told a press conference at the CCID headquarters in Jalan Badruddin this morning.

Mustafa also believed that there were actually more victims who have yet to lodge police reports out of fear as most of the loan sharks would threaten their victims for their late payments.

Normally, victims who have been threatened would try to cover the loan by approaching a different loan shark which will ultimately creates a vicious debt cycle, he explained.

“The best way for anyone who needs money is to borrow or apply for bank loans,” he said, adding that victims of threats and harassment should immediately come forward to the police.

Once a police report is lodged, not only the CCID but also the Criminal Investigations Department (CID) and the Sarawak Narcotics Crime Investigation Department (NCID) will spring into action to track down the suspects.

Mustafa also gave his assurance that the identity of the victims will be kept a secret for safety and privacy.

As of May 21 this year, the police have arrested nine suspects (illegal loan sharks) – with the latest arrest of two suspects on May 21.

The suspects aged 27 and 38 years old he said were arrested by the police at Central Park, Kuching around 4pm when a commotion was reported in the area.

Both suspects will be investigated under Section 5(2) of the Money Lenders Act 1951 which carries a fine of not less than RM250,000 but not more than RM1 million or to imprisonment for a term not exceeding five years or to both if found guilty.

Both suspects will also be investigated under Section 29A of the Money Lenders Act 1951 which carries a fine not exceeding RM50,000 or to imprisonment for a term not exceeding 12 months or both.

“The police also seized the handphones belonging to the suspects,” said Mustafa adding that the police are now in the midst of tracking down the remaining members of the loan shark syndicate.

Between Jan to May 20 last year, a total of 15 police reports were received which recorded a total loss of RM117,100.