Wednesday, July 8
You are at:Home»News»Nation»Stern action will be taken against those who threaten law enforcers – IGP 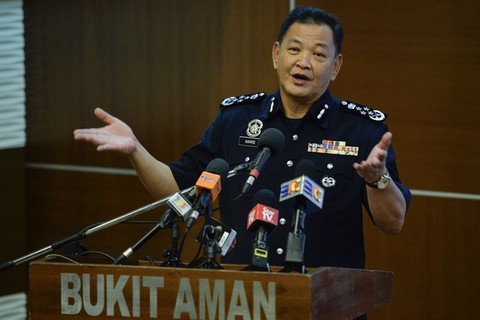 He told Bernama that police viewed seriously such a trend of late and had instructed his officers and personnel to immediately go after the culprits.

On April 28, a group of men went on a rampage at house of Selayang Municipal Council enforcement chief in Taman Muhibbah, Rawang.

They splashed red paint on two of her cars and lit firecrackers that were placed in a paint can filled with nails, iron pieces and paper shreds.

Jerantut DAP division chairperson Loo Why Leong on Sunday was detained by police to facilitate investigations over a threatening message via WhatsApp to the Jerantut OCPD.

It was reported that he was unhappy with Jerantut police over seizure of non-dutiable cigarettes and alcoholic drinks sold by a man who also holds a position the party.

Meanwhile, in KUANTAN, Pahang Pakatan Harapan (PH) chairman Fuziah Salleh said they would give the full cooperation to the police to investigate the matter.

The Deputy Minister in the Prime Minister’s Department and Kuantan MP said no one was above the law and that the due process must be respected.

She added that as for Pahang PH, the coalition would be discussing the matter before taking any further action.

PH is made up of Bersatu, DAP, PKR and Amanah. – Bernama