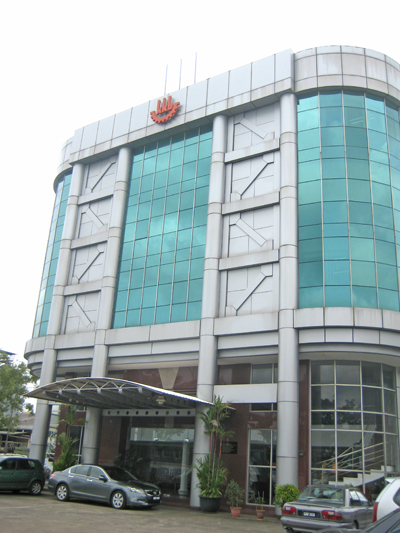 KKB expects to achieve a favourable performance this year, supported by the existing contracts in hand and the on-going construction works for the development and upgrading of the Pan Borneo Highway project in Sarawakand on-going major onshore fabrication jobs for O&G facilities.

KUCHING: KKB Engineering Bhd’s (KKB) consolidated revenue for the first quarter of 2019 (1Q19) rebounded strongly by 82.4 per cent compared with the corresponding quarter in the preceding year of RM64.6 million, mainly attributed by the strong performance of tits steel fabrication and civil construction divisions within the engineering sector.

In its filing on Bursa Malaysia on Tuesday, it stated that the group’s pre-tax profit increased to RM7.4 million in the current quarter, compared to RM2.4 million recorded in the preceding year corresponding quarter, on the back of higher revenue and improved profit margin.

“The commencement of work for the Engineering, Procurement, Construction, Installation and Commissioning (EPCIC) of Wellhead Platforms for D18 Phase 2 project for Petronas Carigali Sdn Bhd has started to contribute positively to the group’s earnings,” it said.

However, it pointed out that the two newly secured projects in February 2019 from Jabatan Bekalan Air Luar Bandar Sarawak (Proposed Package SR1 & Package 1C) implemented under the Sarawak Water Supply Grid Programme are still at the preliminary stage to have any significant contribution to the group’s revenue and earnings.

Under its engineering division, it noted that its steel fabrication’s revenue for the quarter were mostly derived from the EPCIC of Wellhead Platforms for D18 Phase 2 project for Petronas Carigali Sdn Bhd, the Provision of Procurement and Construction of Wellhead Deck, Piles and Conductors for the Pegaga Development Project (Mubadala Petroleum) in Block SK320, offshore waters of Sarawak awarded by Sapura Fabrication Sdn Bhd, supply and fabrication of Mild Steel Pipes and Casing, Low & High Tension Steel Poles and Structural Steel works for the Balingian Coal Stockyard.

Under the civil construction’s division, revenue for the quarter of RM62.1 million (1Q18: RM44.7 million) was solely derived from the development and upgrading of the Pan Borneo Highway project in Sarawak (Phase 1 Works Package Contract – WPC-09) undertaken by the subsidiary; KKBWCT Joint Venture Sdn Bhd which commenced from the 4Q16 onwards.

It added that the newly awarded projects for the supply of MSCL Pipes to Jabatan Bekalan Air Luar Bandar Sarawak implemented under the Sarawak Water Supply Grid Programme are expected to contribute to the group’s revenue and earnings in 2Q19 onwards.

With the recent award of the two contracts from Jabatan Bekalan Air Luar Bandar Sarawak for the Design, Construction, Completion, Testing and Commissioning of Proposed Package SR1 (Southern Region) and the Construction and Completion of 900mm Nominal Diameter MSCL Pipeline and all associated works from Summer Mall Junction to Existing Tambirat BPS, Samarahan division (Package 1C) for Sarawak Water Supply Grid Programme – Stressed Areas, performance for both the civil construction and steel pipes manufacturing divisions are expected to improve in the remaining period of 2019, it highlighted.

“In addition, the award of the Petronas Frame Agreement to OceanMight Sdn Bhd (KKB’s subsidiary) will qualify OceanMight as one of Petronas Contractors to bid for contract work involving the Provision of Engineering, Procurement and Construction (EPC) of Fixed Offshore Structure works by Petroliam Nasional Bhd,” the group added.

“The group is actively participating in potential business opportunities in the Major Onshore Fabrication to increase its revenue base and earnings in collaboration with OceanMight Sdn Bhd and other strategic partner(s).

“The demand for steel water pipes is expected to remain firm, buoyed by ongoing and upcoming projects planned under the Sarawak Water Supply Grid Programme when more waterrelated infrastructure projects are rolled out. Management continues to participate in new tenders or biddings, in particular infrastructures or construction and steel related works under the planned Sarawak State Water Grid Implementation Project.

“Barring any unforeseen circumstances, the group expects to achieve a favourable performance in year 2019, supported by the existing contracts in hand and the on-going construction works for the development and upgrading of the Pan Borneo Highway project in Sarawak (Phase 1 Works Package Contract – WPC-09) and the on-going major Onshore fabrication jobs for the Oil & Gas facilities,” it said.

It noted however, the board continues to manage the challenges of uncertainties in the global economic environment, escalation of costs due to inflationary pressure, volatility of global raw material steel prices and fluctuation of exchange rates which are amongst factors that may impact the group’s performance.