Thursday, July 7
You are at:Home»News»Sabah»Native parents blamed for slow demise of Kadazandusun language 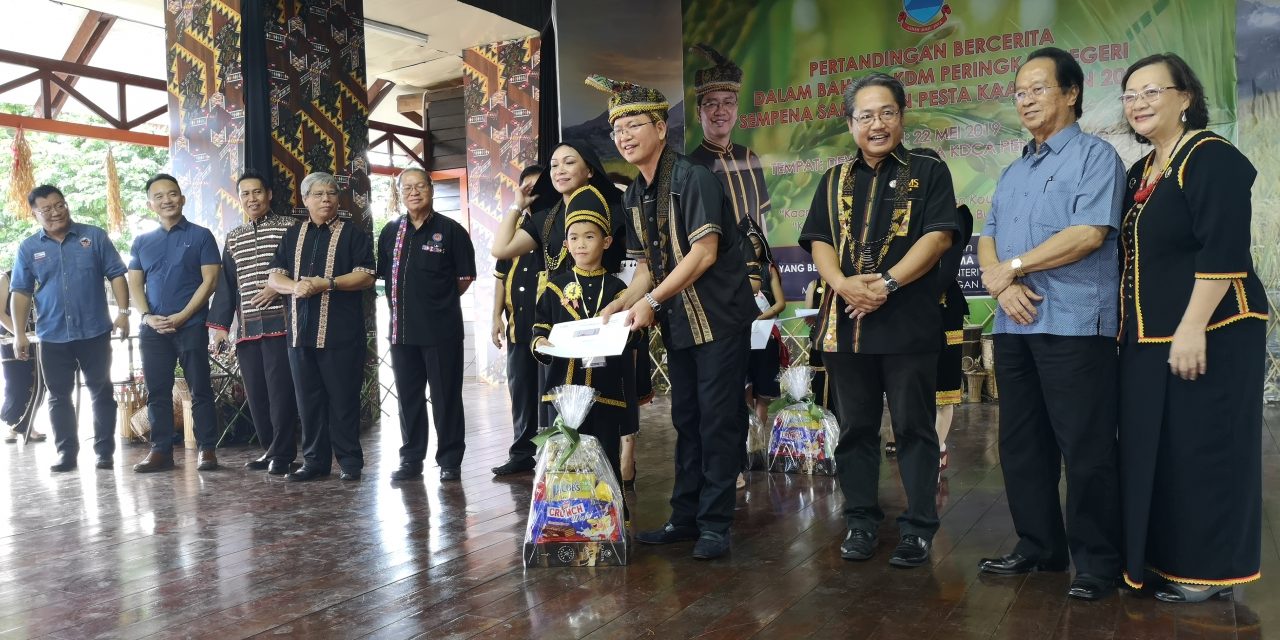 Madius (fourth right) presenting a prize to one of the winners.

PENAMPANG: Kadazandusun parents are to be blamed for their children’s inability to converse in their mother tongue.

Deputy Chief Minister Datuk Seri Panglima Wilfred Madius Tangau said that many Kadazandusun parents prefer to speak in Malay or English to each other and to their children.

“Our dying language is due to them,” he said at the closing of the Storytelling in KDM language event held at the KDCA near here.

He added that the issue on the slow demise of the language is a reality that can be observed.

“And if we fail to address it, it will go extinct,” he said.

Fortunately, some efforts are being made to avoid this.

“It resulted in the struggle to look after our mother tongue. Dictionaries such as the Lotud dictionary was created. Other ethnics are also taking similar steps to publish (works),” he said.

At the same time, teachers are being trained to teach the language and a KDM chair has also been set up at Universiti Malaysia Sabah, he said.

Kadazandusun is being taught at pre-school, primary and secondary school as well as at tertiary levels.

Madius reminded that without the language, there is no more Kadazandusun race.

“It is the identity of the people,” he said.