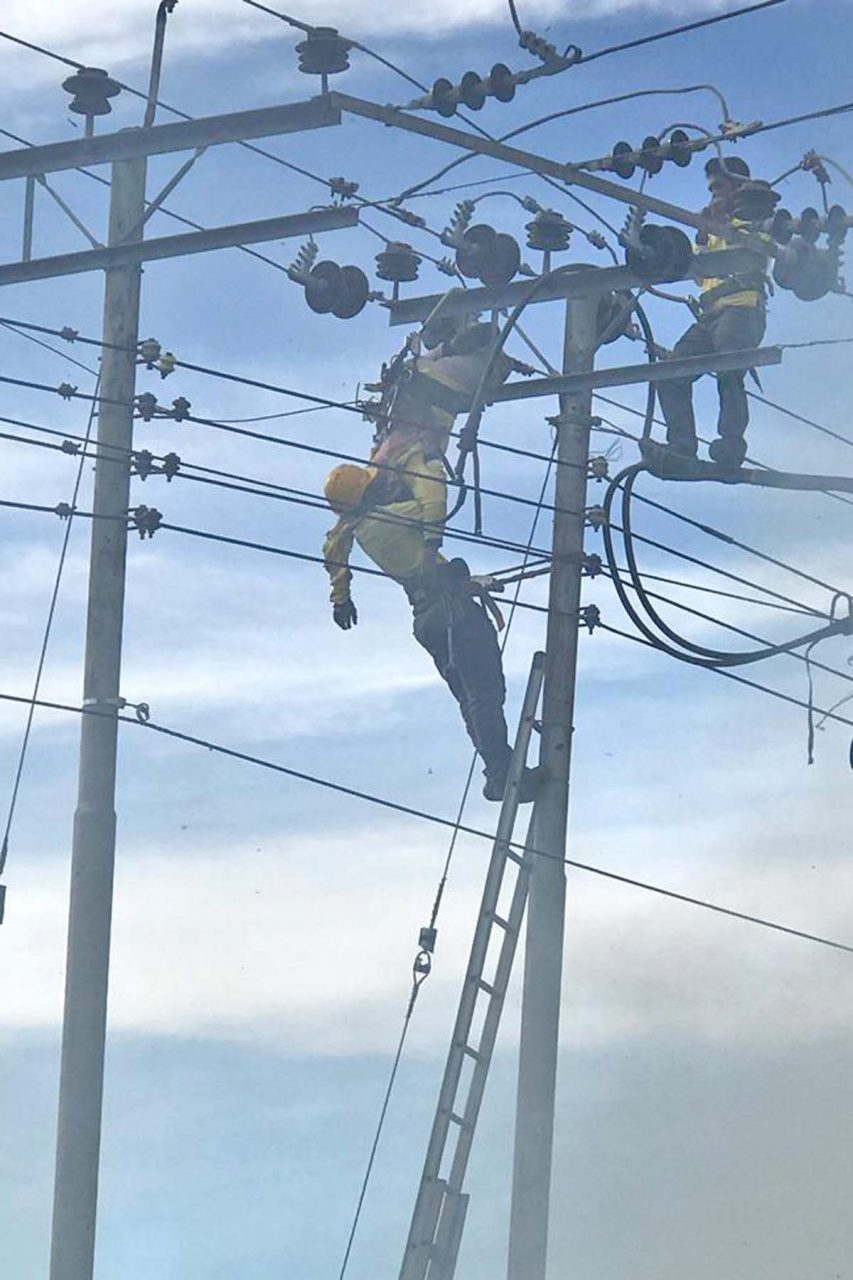 The two workers being taken down from the utility pole at Kampung Ketiau, Jalan Sungai Meruntum, in Putatan yesterday.

The duo, in their 30s, sustained severe burns in the incident and were eventually brought down by their colleagues around 4 pm.

“Both men have been taken to Queen Elizabeth Hospital I (QEH I) and we are keeping tabs on their condition,” he said.

Meanwhile, Penampang Fire and Rescue operation chief Benny Lim said seven fire and rescue personnel were rushed to the scene upon receiving a distress call at 4.02 pm, but said that both men had been taken down from the transmission pole before their arrival.

This is the second incident where electrical contractor workers sustained injuries while working on electrical transmission towers within this week.

On May 20, two contract workers sustained broken bones on both arms and right legs after falling from a telecommunication tower at Kuala Abai Road, Kampung Kuala Abai in Kota Belud.

Both workers, aged 28 and 40, fell from a height of 100 feet while carrying out some work on the tower and were dangling some 10 feet from the ground before co-workers took them down prior to the arrival of fire and rescue personnel.