Friday, December 3
You are at:Home»News»Nation»No discussions to shut down vernacular schools – DPM 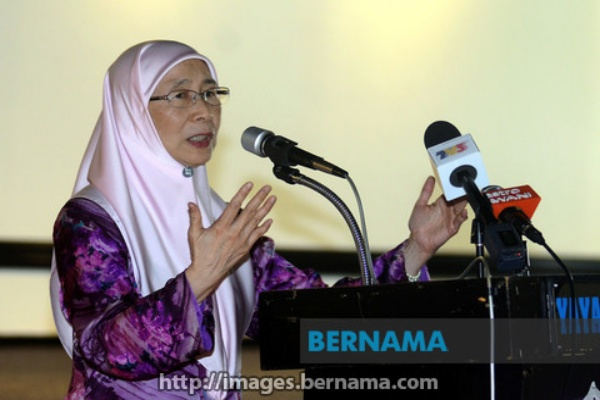 She said such proposals were never raised at the weekly Cabinet meetings.

Dr Wan Azizah, who is also Women, Family and Community Development Minister, said she had long been aware of such demands being made from time to time but there had never been any serious discussions on the matter.

“The racial diversity of Malaysia is actually an advantage as it gives the people a chance to learn multiple languages. There is nothing wrong about learning Mandarin, Tamil and English because we are multi-racial and multi-ethnic and should capitalise on this as our national asset.

“During my visit to Geneva recently, they (people there) could speak up to five languages, so what is wrong for us to learn Tamil, Mandarin and English?” she told reporters after opening Dewan Yayasan Aman at Penanti near here today.

She was commenting on a memorandum from NGOs asking the government to shut down vernacular schools, which was handed over to Education Minister Dr Maszlee Malik two days ago.

The memorandum was made following Maszlee’s recent statement linking the matriculation quota to the requirement for Mandarin proficiency when applying for jobs in the private sector.

On another topic, Dr Wan Azizah welcomed the suggestion by Datuk A. Kadir Jasin, the prime minister’s media adviser, for non-performing ministers and state executive councillors to relinquish their posts voluntarily.

“I welcome the criticism, and we will do our best to improve,” she added.

In her speech earlier, Dr Wan Azizah said it is the Pakatan Harapan government’s desire to fulfill the wishes expressed by the people in the 14th general election but it was hampered by the damage done by the previous government.

“When we say the main reason is the national debt, people will get tired. But that is the fact and reality. Our hopes are high and there are many things we want to do,” she added. – Bernama