Tuesday, September 28
You are at:Home»News»Sibu Sikh Temple to have hostel soon, thanks to state government 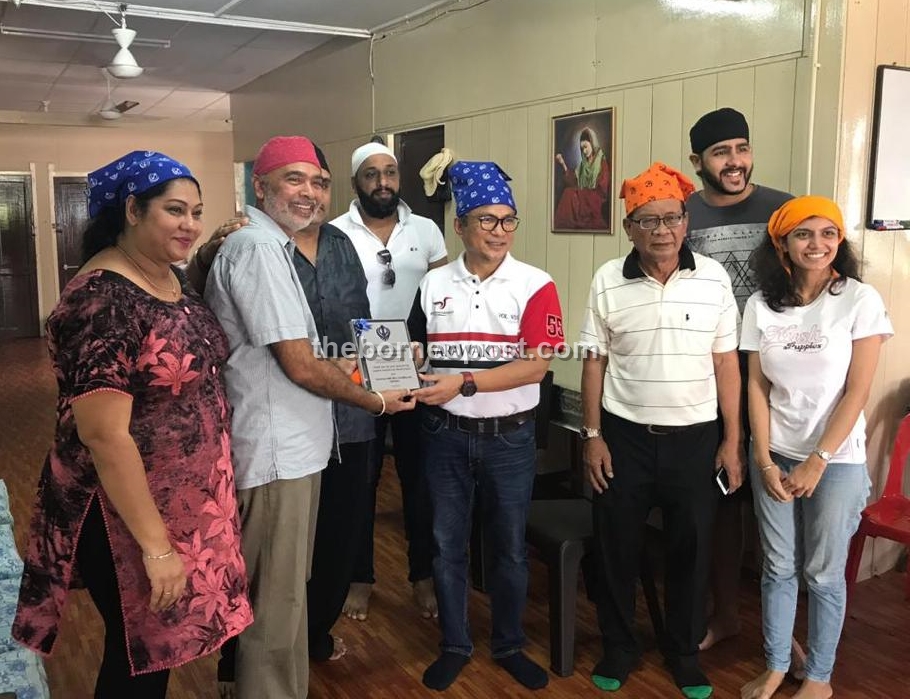 Jagjiwan (second left) presents a memento to Dr Annuar as members of the temple committee look on.

SIBU: The Sibu Sikh Temple (Gurdwara Sahib Sibu) will have a hostel for worshipers soon, thanks to the state government.

The hostel in Jalan Awang Ramli Amit here is expected to be completed by June or July this year.

Housing and Public Health Assistant Minister Dr Annuar Rapaee, who visited the temple on May 25 to monitor the progress of the construction of the hostel, said the project received the green light under the Rural Transformation Programme (RTP) fund.

The total construction cost for the hostel amounts to RM200,000.

“The government approved the hostel project under the RTP fund for Nangka.

“I am also distributing funds to other places of worship like mosques and churches,” said Dr Annuar.

He said the government wants to ensure that all worshipers in the state, irrespective of their beliefs, have a place to practice their faiths.

Sibu Sikh Temple Association president Jagjiwan Singh said that the temple was built in 1920 and renovated 40 years later in 1960.

“At that time the temple committee a hostel for devotees from Miri, Kuching and Sabah coming for Akhand Path prayers at the temple.

“In 2011 we decided to use a piece of land at the back of the gurdwara for the hostel project as it has been empty for years.

“Thanks to Dr Annuar, who has been consistent in his support for the temple, renovations were able to be carried out since 2015,” he said.

He said the temple has its own plan to build at least five apartment-style single-storey units.

Each unit will have two bedrooms, a living hall, a kitchen and a bathroom, he added.

“The Public Works Department (JKR) followed the detailed temple plans and informed the temple committee that with the RTP budget, they will be able to build two complete units with utilities and build a separate access road at the side of the temple,” Jagjiwan said.

Approval was given in December last year with JKR appointed as the contractor. Construction works commenced February this year and are due for completion in June or July.

Jagjiwan said the temple committee planned to have the official opening in August or September.