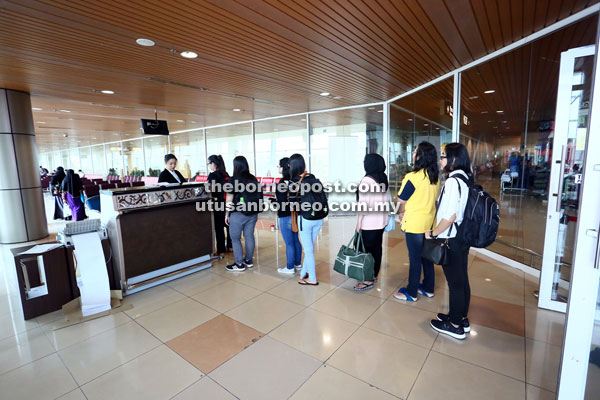 The suspect, who joked about having a bomb in his luggage, is currently under arrest. File Photo

KUCHING: An airline passenger bound for Kuala Lumpur on the afternoon of May 28 was arrested by the police for cracking a joke about having a bomb inside his checked-in luggage.

Kuching District Police chief ACP Awang Din Awang Gani, who confirmed the arrest, said the suspect told the joke to an airline staff when he was asked about the contents of his luggage during check-in.

“The 28-year-old suspect is currently under arrest to aid in investigations,” said Awang Din.

He further added that despite being counter-intuitive, the incident should be taken as a lesson, as joking about bombs at an airport was in fact against the law.

“The airport is a high security area and the implications of the joke can cause fear and panic among passengers or ground staff who are within earshot when it was uttered,” he added.

The case will be investigated under Section 506 of the Penal Code for criminal intimidation, which carries a jail term of up to seven years or with a fine or both, and Section 10 (3) of the Civil Aviation Offences Act 1984 for endangering or likely to endanger the safety of an aircraft.