Thursday, February 2
You are at:Home»News»Sabah»Treat Grab driver’s murder as wake-up call – SAPP
For the freshest news, join The Borneo Post's Telegram Channel and The Borneo Post on Newswav. 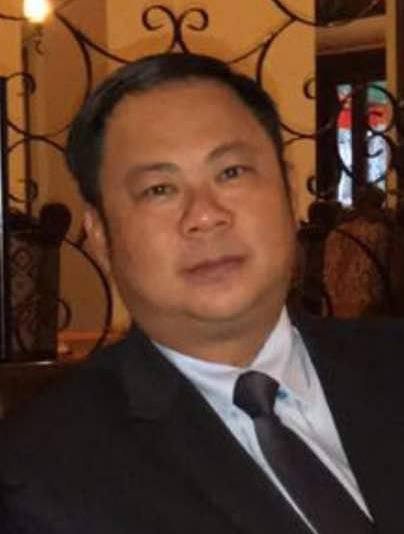 KOTA KINABALU: The recent cold-blooded murder of Grab driver Hanaffie Jaffar should serve as a serious wake-up call for the state government to put its ‘heart and mind’ to tackle pressing issues that are plaguing the people of Sabah, at the root.

They include, first and foremost, the continued presence of large number of illegal immigrants including those foreign workers who overstayed after their work permits had expired; the current sluggish state economy, high unemployment rate and an escalating cost of living.

Sabah Progressive Party (SAPP) vice president Gee Tien Siong opined that as long as these pressing issues remain unresolved, no precautionary safety measures can stop such heinous crime from repeating in the future.

“Without prejudice, it is a known fact that illegal immigrants, including those in possession of such dubious documents like the IMM13 document, and even Mykads, were the main contributors to severe crimes in the state all this while.

“And as revealed by Sabah Police Commissioner Datuk Omar Mammah, one of the suspects of the Grab driver murder case was a 20-year-old jobless foreigner. Following the incident, the Grab driver community even posted a list of ‘black areas’ which have high concentration of illegal immigrants to warn each other of the potential high risk of Grabbing at these places after dark.

“Hence, the state government must be seen to really go all out to flush out all illegal immigrants and undocumented foreign workers who are currently still in the state, before more innocent locals become victims of such heinous crime.

“Just two days ago (Thursday) a local man from Pitas was allegedly assaulted and robbed by a group of foreigners in Inanam. The news complete with photos showing the victim soaked in blood has gone viral on social media ever since,” he said.

Gee said the state government should also immediately look into the recommendations of the Technical Committee for the Royal Commission of Inquiry (RCI) on illegal immigrants and to implement them, if they are really practical and helpful in tackling the perennial problem.

“And also, not forgetting the long-overdue proposed recall of all identity cards that were issued in Sabah in the past, and to replace them with Sabah IC, after a proper and thorough screening process to eliminate all those bogus Malaysian citizens who obtained their documents through dubious means previously,” he added.

On the closely inter-related issues of ‘sluggish state economy, high unemployment rate and an escalating cost of living’, Gee surmised that they are the reasons why many people had to take up two jobs to make ends meet, while those who are unemployed and desperate resorted to crimes.

“A recent random survey conducted by our group of volunteers in various parts of the state found that not only our youths and graduates, but also many illegal immigrants are currently jobless. This was largely due to scarce job opportunities or, they were laid off by their employers who had to downsize, or completely ceased operations, because of a sluggish economy compounded by a high operating cost contributed by high inflation.

“As we can see, even in Kota Kinabalu City, currently, there are so many vacant shop lots in various shopping complexes that are fast turning into breeding ground for rats and cockroaches,” he pointed out.

He thus called on the state government to step up its efforts to turn the sluggish economy around, and to come up with effective measures to swiftly bring down cost of living in the state.

Gee suggested the Warisan-led state government to seek help from those qualified economists with proven track records to turn the state economy around, without further delay.

“The Warisan government should set this as its top priority. Even the newly-appointed State Youth and Sports Minister, Ginger Phoong had recently expressed concerns that, nowadays, more and more young people in Sabah are having mental problems due to the dire economic situation,” he said.