Tuesday, September 28
You are at:Home»News»Sarawak»Spread the word about dolphins in Santubong — STB 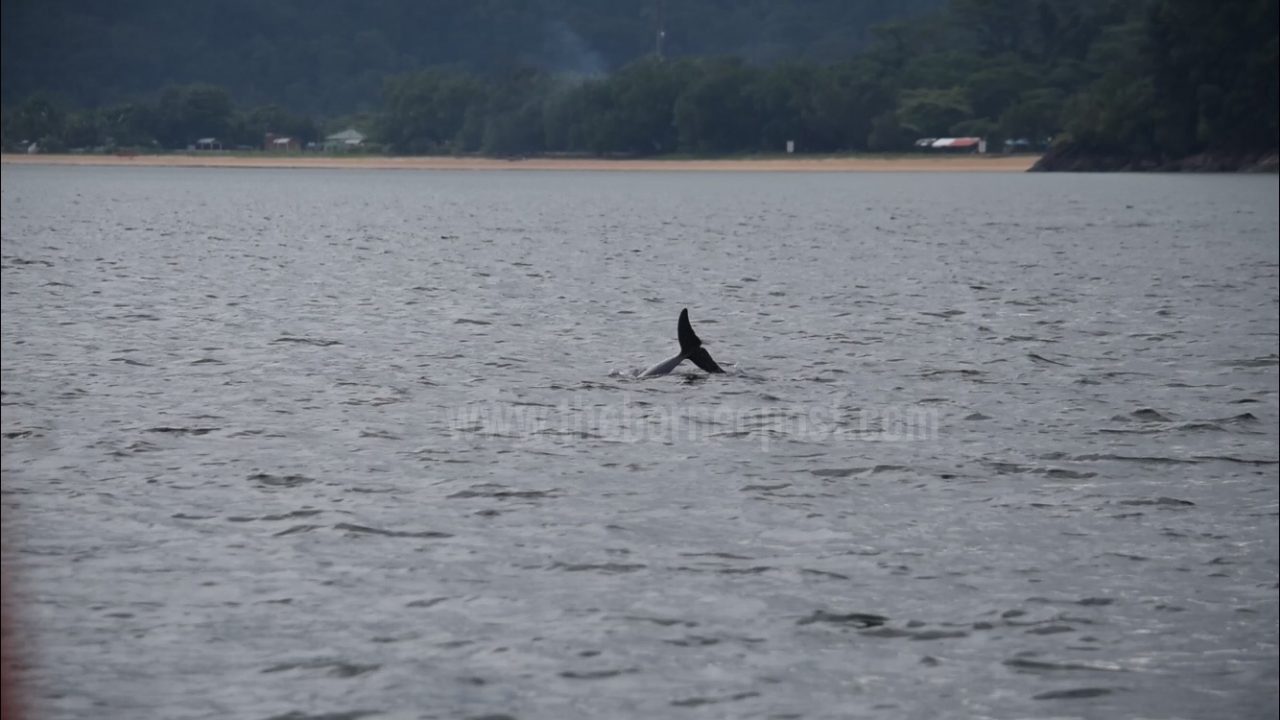 A par­tic­i­pant of the pro­gramme cap­tures suc­ces­sive shots of a whale emerg­ing on the sur­face of the wa­ter in the San­tubong river­mouth. -Photo by Roystein Emmor

KUCHING: There are indeed dolphins in the Santubong rivermouth and the sea off Damai Beach near here.

Sarawak Tourism Board (STB) marketing manager Catherine Huang discloses that except among those in the local tourism sector, not many Kuchingites know about this.

The awareness of the existence of these dolphins among the local public is still low.

However, she points out that the dolphin-watching cruise is one of Sarawak’s tourism products as far as STB is concerned.

Huang said this when met at The Culvert in Santubong recently, which was among the venues of CPH Travel’s threeday programme for local media and tourism operators, themed ‘Sarawak Product Experience: Discovery Santubong’, which kicked off on Tuesday.

When asked on promotional effort, any Huang pointed out word-of-mouth as one of the modes of promotion and thus, she called upon those who had experienced dolphinwatching in Santubong to tell their families and friends about it.

According to her, the dolphins are the Irrawaddy type – or scientifically known as Orcaella brevirostris.

Huang said it was possible that some foreign visitors knew about this product, but the domestic tourists should play their part in promoting it as well.

“The Kuching folk must tell their friends. We must also promote it to the locals; otherwise how can we tell those in Peninsular Malaysia and Indonesia about it (the product)?” she said.

Meanwhile, CPH Travel tourist guide Don Fernandez said the relationship between the dolphins and human had always existed — the oceanic mammals would lead schools of fish into the fishermen’s nets.

“The smaller fish are normally left behind for the dolphins as food, while the larger fish became catch for the local fishermen,” he said.

On dolphin-watching, Fernandez described it as a seasonal activity – usually during the active fishing season between January and June.

On Tuesday, participants of the ‘Sarawak Product Experience: Discovery Santubong’ got the opportunity to spot eight dolphins at sea.

The dolphin-watching cruise would take off from Sarawak Boat Club and proceed towards the Santubong rivermouth where dependent on their luck, tourists could see these dolphins swimming and diving in open waters.

The boat ride to the rivermouth would take about 20 minutes.

Previous ArticleWarisan has recruited over 200,000 members to date – Shafie
Next Article Gawai opportunity for Bidayuhs to enhance unity, cohesiveness – Manyin