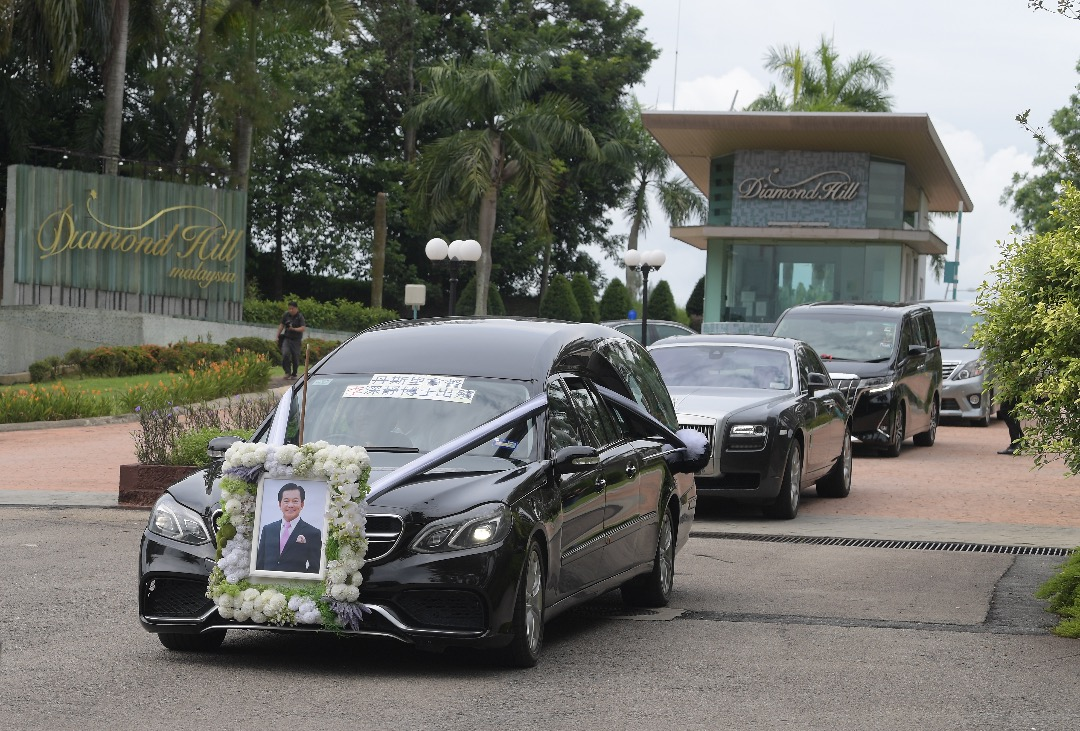 The funeral cortege prepares to transport the late Lee to Nilai Memorial Park, which will be his final resting place. Bernama Photo

The solemn procession, which left the family’s residence in Diamond Hill, IOI Resort City, here around 11am today, comprised thousands of people including relatives and close friends and IOI Group staff.

Staff from IOI Resort City lined the streets to catch a glimpse of the late Lee’s cortege leaving his residence to the Nilai Memorial Park, which was accompanied by bells and soft chanting from Buddhist nuns.

The procession then passed parts of Puchong and it is understood that it also passed SJK(C) Shin Cheng (Harcroft), to mark the late Lee’s legacy who endlessly contributed to Chinese education.

The late Lee, also well-known as a philanthropist and for his contributions to Malaysia’s oil palm industry, passed away at 8.30pm on Saturday after a period of illness.

He leaves behind a wife, six children and 12 grandchildren.