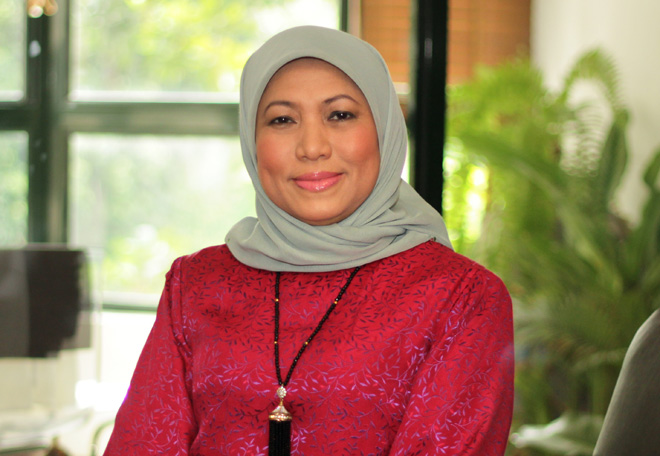 The Batang Sadong MP said since Tun Dr Mahathir Mohamad had said it was his prerogative to do so, she was not in a position to question him.

“Who are we to question him. That is their rule of law. Whether I agree or disagree, I have no power to do anything.

“So, if that is what they have decided, whether the people like it or not, we leave it to him and to the people,” she told reporters during her Hari Raya visit to the Chief Minister’s second day open house at BCCK here yesterday.

She said as for her, since the Prime Minister said she (Latheefa) had all the qualities, it’s for him to decide the criteria of the person he wanted to choose.

“It is the people who have the power to do something. So we leave it to the people,” she said when asked to comment on Latheefa’s appointment.

Dr Mahathir told a press conference at the Hari Raya Aidifitri open house celebration in Seri Perdana on Wednesday said it was his personal decision to appoint Latheefa as the new MACC chief commissioner.

“She is very straight. She says what is the truth. She doesn’t mince her words.

“So we need somebody who is of strong character,” he was reported as saying.

Dr Mahathir confirmed he did not discuss the appointment with his Cabinet.

“Normally, I make the decision myself because I don’t have to ask the Cabinet about who I approve.

“If she finds something against the law, she will investigate and report,” he said.

However, Dr Mahathir added that he had “listened to many people” before making his decision.

Latheefa’s appointment – announced on June 4 –came as a surprise to many. She replaced Datuk Seri Shukri Abdull, who quit before his tenure was to have ended in 2020.

Latheefa has also resigned as a PKR member and as the executive director of Lawyers For Liberty.