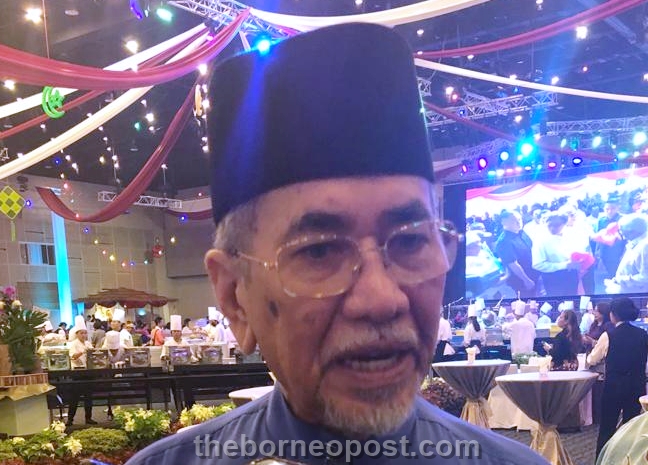 He recalled that the coalition had previously promised that only MACC personnel would head the commission.

“But it is obvious that this is a political appointment,” he told reporters when met at Chief Minister Datuk Patinggi Abang Johari Tun Openg’s Hari Raya Open House at the Borneo Convention Centre Kuching (BCCK) today.

While he has nothing personal against Latheefa, the veteran politician said that in order to hold the top post at the anti-graft commission, one must possess investigative experiences.

“I think she has got the ‘style’ but to have investigation techniques is something you learn through years of experience.”

He was also apprehensive that there might be selective prosecution and investigation given Latheefa’s strong links to PKR.

“Even though she has announced her resignation as a PKR member with immediate effect upon being told of her impending appointment as the new MACC chief, (I believe) that in her heart, she is still very much a PKR person.

“Take former Dewan Rakyat speaker Tan Sri Pandikar Amin Mulia as an example. The moment he was appointed as the speaker, he resigned from all the posts he held.

“But despite his resignation, there were people who still regarded him as very much a Barisan Nasional (BN) man,” he opined.

As such, he said Latheefa’s appointment does not paint a very good picture on PH.

“No amount of explanation can convince anybody about this especially when there are also rampant allegations about selective prosecutions and investigations what with ongoing PH cases being dropped including the case involving (Finance Minister) Lim Guan Eng.”

The former Dewan Rakyat deputy speaker also hoped that MACC personnel would not be “demoralised” as a result of the surprise appointment.

“Based on traditions we have with investigative agencies, the appointment of the top position was always either from within the police or MACC itself.

“It’s got to be somebody with that kind of background but now all of a sudden, somebody was plucked from thin air for the post.”

Latheefa was named as the new MACC chief commissioner on Tuesday (June 4) to replace Mohd Shukri Abdull who had stepped down prior to the expiration of his contract on May 17, 2020.

The former Lawyers for Liberty executive director is on a two-year contract with the commission effective June 1, 2019.