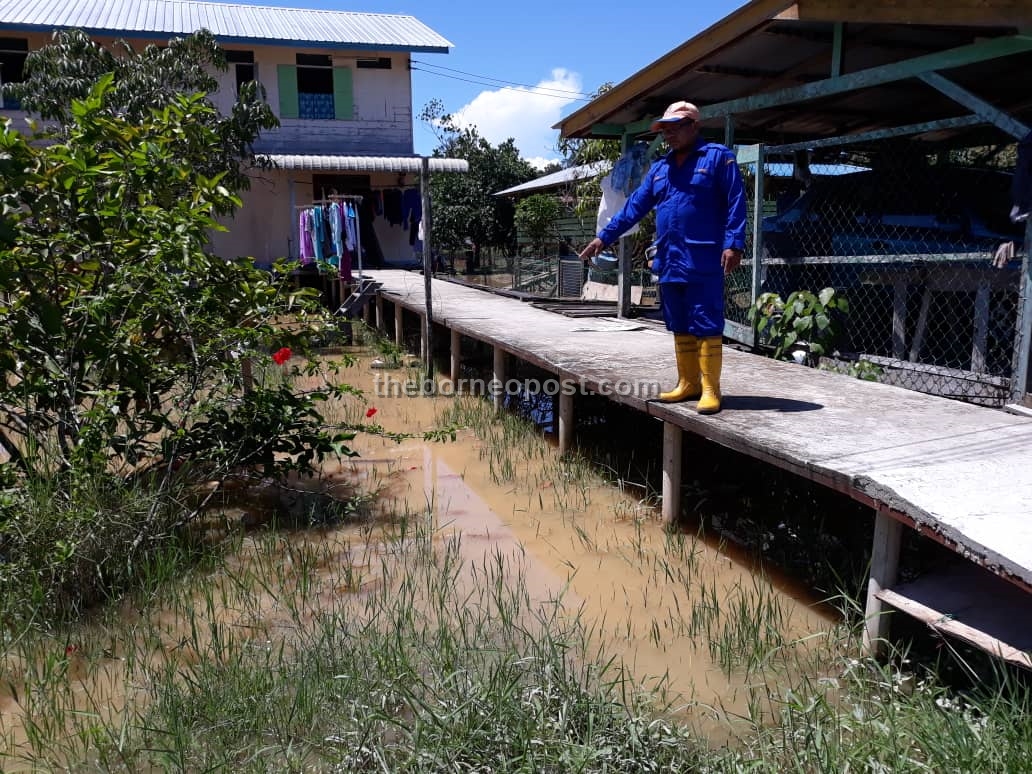 SIBU: Several low-lying areas in the outskirts of Sibu district were inundated by floodwaters today due to high tide and days of incessant rain.

According to a report from the Sibu Division Disaster Management and Relief Committee Secretariat, the water level was receding and the situation is currently under control.

The report stated that the Malaysian Civil Defence Force (APM)’s observation as at 1.30pm today noted that the water level at Kampung Vinchai was ankle-deep but has since receded.

Pulau Kerto Road meanwhile, was not inundated and both roads were still passable to vehicles, it stated.

Elsewhere, in Kampung Banyok, the water level had receded and its walkway was unaffected.

Meanwhile, there were no reports of flooding in Sibu town.