Tuesday, July 7
You are at:Home»News»Himalaya acts to debut at RWMF 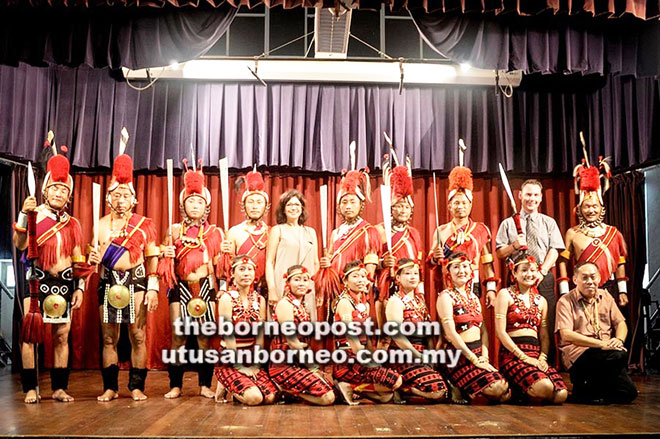 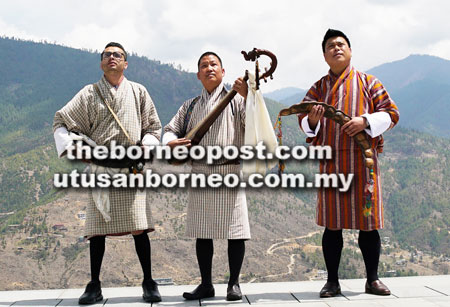 KUCHING: Two music acts from the foothills of the Himalayas will take to the stage at the coming Rainforest World Music Festival (RWMF).

Druk Folk Musicians from Bhutan and Sangtam Naga from Nagaland, a state in northeast India, will make their debut at this year’s RWMF to give a glimpse of the rich historical heritage from the foothills of the Himalayas.

Sonam Dorji is a master drangyen (the Bhutanist lute) player and also the first to compose and sing a khengpa modern song, earning him the title of Kheng Sonam
Dorji.

International audience know Sonam through his soundtrack contributions to the acclaimed Bhutanese film ‘Travellers and Magicians’ and appearances at Smithsonian’s Festival of American Folklife.

Ugyen Panday has been awarded ‘Best Singer of Bhutan’ for his distinct voice.

His unique contribution and creative journey has made him a timeless artist.

He has great experience and exposure from participating in various international music festivals and events around the world.

Novin Kharel is a multi-instrumentalist with immense skills in improvisation and is known for his demand for authenticity.

He has collaborated with diverse artistes and plays various music instruments native to Bhutan.

Together, they present Bhutanese folk songs to bring a touch of their gross national happiness to RWMF.

Sangtam Naga is led by Guru Shiromong Sangtam, an expert on indigenous construction and craftsmanship.

This cultural troupe showcases the rich ancestral traditions of Sangtam Naga’s through folk songs and dances that are essentially part of traditional Naga culture.

Naga folk songs are both romantic and historical, with songs narrating entire stories of famous ancestors and incidents.

Folk dances of the tribe are mostly performed in synchronised groups by both men and women, depending on the type of dance.

War dances performed mostly by men are athletic and martial in style.

Dances are usually performed at traditional festivals and religious occasions where tribes get together in a celebration of dance and music.

The Rainforest World Music Festival which is organised by the Sarawak Tourism Board, endorsed by Tourism Malaysia and supported by Ministry of Tourism, Arts and Culture, Youth and Sports Sarawak
will take place from July 12 -14 at Sarawak Cultural Village here.

Log on to https://rwmf.net/ for further information on tickets, festival activities and logistics.