Tuesday, July 7
You are at:Home»News»‘Batang Lupar bridge will be a game-changer’ 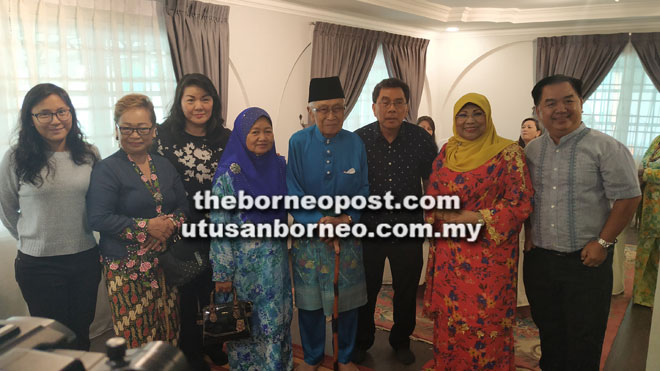 She said the request for the bridge has been a long fight since the time of Leon’s father, for the benefit of the people.

“It has been a long fight. It was announced in two national budgets, and it is something we are looking forward to. The connectivity is not just for Batang Lupar but for the whole of Sarawak. Bruneians and Sabahans will also be using this new link in the coastal highway,” she said when met at her Hari Raya open house yesterday.

“At first I didn’t dare to request for it because I know it will cost a huge amount. But if we get it, it will be a breakthrough, a game-changer for Sarawak, Sabah, and Borneo as a whole.”

She expressed surprise over Leon’s comment as it (bridge) is something that both the Sarawak government and the opposition should fight for to benefit the people.

Leon made the claim during a meet-the-people session in Kampung Kejatau, Sri Aman, recently, saying the money should instead be used to connect Sebuyau-Banting-Sri Aman then a bridge across Batang Lupar, which he claimed would cost less than RM1 billion.

On this, Rohani said it had been announced many times that there would be a road linking Lingga to Sebuyau, and if he (Leon) wanted to fight for the people, he should do it properly.

“Sometimes, there are things that are above politics. This is a fight we can fight together.”

Speaking about game-changer, she said there is a lot of potential the (Batang Lupar) bridge could bring not only to the immediate area but also to the surrounding areas.

“With the bridge, investors will be eyeing the area. The agriculture minister recently announced a big agriculture project for Lingga, and the bridge will play a major role in connectivity. Before, transportation contributed to a large part of the cost.”

With the bridge, the surrounding areas could be developed into large and commercial-scale ventures, and everyone could participate in it and enjoy the fruits of development together, she said.

She said the 5km-bridge project would be open for tender in November, and set to be the longest river bridge in Malaysia. It will be completed in four years’ time.

Beting Maro assemblyman, Razaili Gapor, who was present at the open houses, said his area had been earmarked for various agriculture projects with Betong to be developed as Sarawak’s food basket.

“The coastal road is indeed a game-changer for us. For example, about a year ago, we launched a pineapple estate in Beladin, and had the first harvest early this year. The harvest from the 50-acre farm was sold out in just three days due to the ease of transport with the presence of the coastal road.

“Now, we are starting to develop 200 acres of land for coconut for the production of virgin coconut oil,” he said.

He thanked the chief minister for approving an allocation of RM2 million this year to develop a Gula Apong Industrial Park in Kampung Tambak, Pusa.

“We will start this year, and our gula apong is the best and biggest (production) in Malaysia. With the park, we will double our production and income.”