Thursday, July 7
You are at:Home»News»Sabah»Mother, daughter killed in Kundasang accident 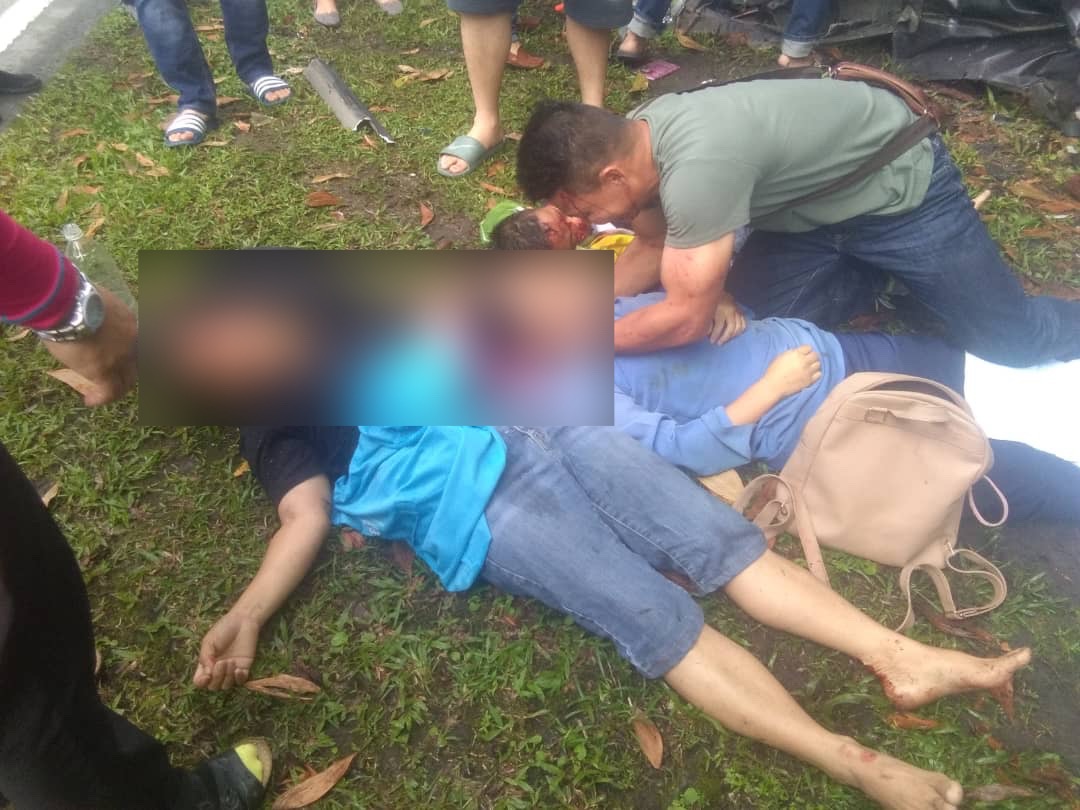 The victims at the scene of the accident.

KOTA KINABALU: A mother and daughter were killed in a collision between a car and a four-wheel-drive vehicle at Kampung Tomis, Pekan Nabalu, Kundasang yesterday morning.

Julia who was seated in the front passenger seat of the car succumbed to her injuries at the scene of the accident while her daughter passed away while receiving treatment at the Ranau district hospital.

Their son, Nicholes Saputra Stomon, 11, sustained serious injuries and was rushed to the Tuaran district hospital where he is currently being treated.

The driver of the car, Stomon Nasir, 46, sustained minor injuries.

The four-wheel-drive vehicle driver and four occupants all escaped injuries in the 10.30am mishap.

It was learnt that the four-wheel-drive vehicle was travelling from Kota Kinabalu to Sandakan while the car was going the opposite direction when they collided.

The Tuaran fire station said in a statement yesterday that its personnel rushed to the scene of the accident soon after the call for help was received.

Upon reaching the location they found that three injured victims had been extricated from the mangled car by passing motorists.

After treating the injured, the firemen rushed the injured boy to the Tuaran district hospital for further treatment.

The other victims were sent to the hospitals by ambulances.