Thursday, May 28
You are at:Home»Business»Govt to cut investment processes to expedite approvals 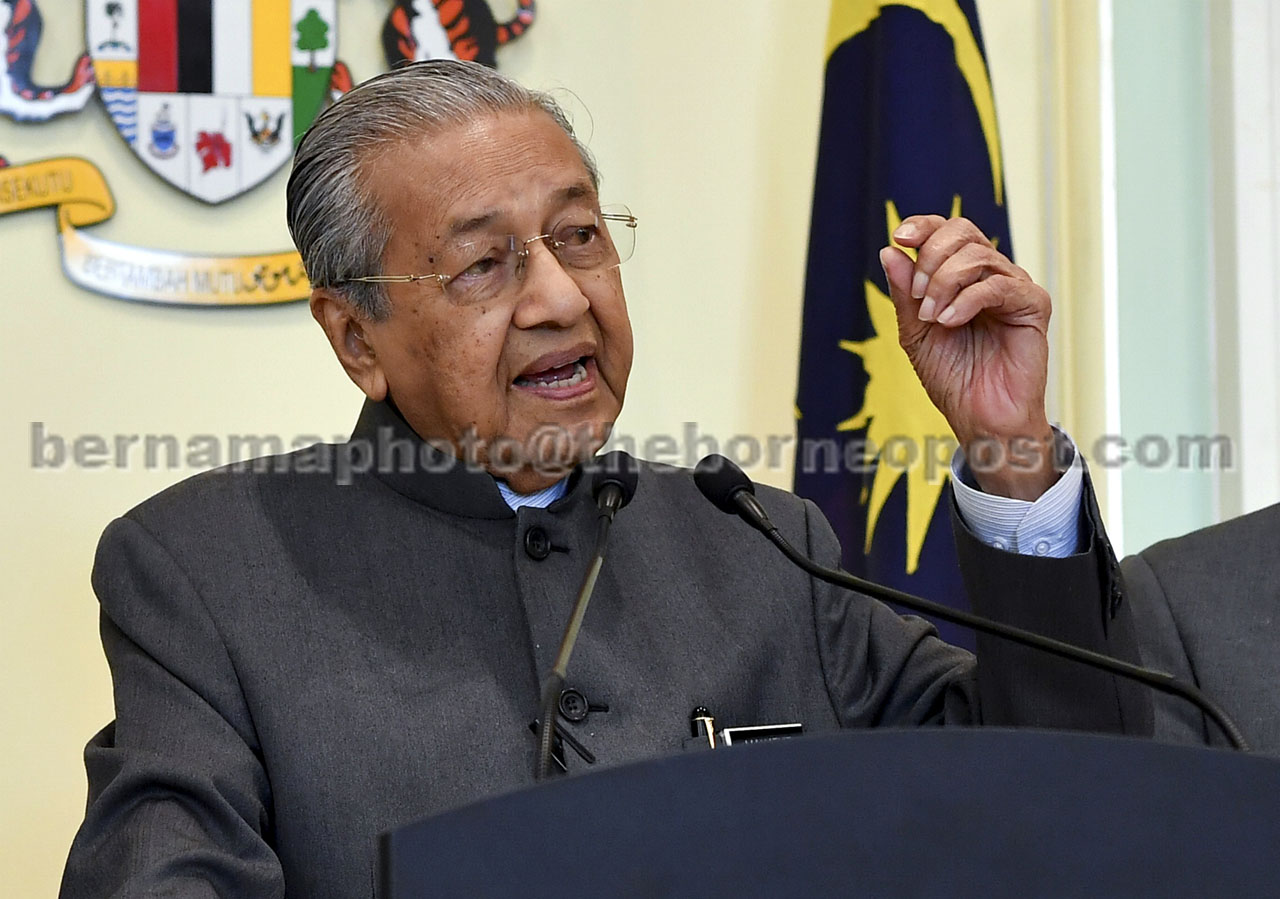 PUTRAJAYA: The number of processes for investment application will be cut down in an effort to expedite approvals and boost the country’s economic growth, Prime Minister Tun Dr Mahathir Mohamad said yesterday.

Speaking to reporters after chairing the Economic Action Council meeting here, he said traders and investors faced difficulties as they had to go through a long and tedious process before getting approval to invest.

“We see traders and investors find it hard to get permission to invest and contribute to economic development.

“We find that there are up to 60 processes to undergo for construction, for example,” he said.

The chief secretary to the government Datuk Seri Dr Ismail Bakar according to him, had been instructed to revisit and reduce the number of processes as well as the agencies involved in deliberating investments’ proposal.

This he said, would reduce the time taken for approval in the industrial and construction-related sectors.

Dr Mahathir cited an example of an application for a housing construction project which took up to three years for approval, impacting a high cost on the developers.

“All these things will be studied and KSN (the chief secretary to the government) has been tasked to reduce the approvals needed and the process of giving approvals in each case,” said Dr Mahathir.

For example, when a project needs a work flow chart, the agencies dealing with the chart would have to be identified and listed, he said.

“If the agencies have given the approval, they just put a tick, they shouldn’t care (about) other agencies’ approvals or not, they just approve their areas,” he added.

Meanwhile, the Economic Action Council (EAC) secretariat in a statement issued in conjunction with the meeting today said, the council had agreed to revive the National Productivity Council (NPC) to set strategic guidelines and directions as well as to drive the nation’s productivity agenda comprehensively.

It also said the NPC’s membership would be revamped so that its members would only consist only of those who are experienced, with the expertise to identify issues and problems related to productivity at all levels.

According to the statement, the EAC Executive Committee (Exco) was set up to analyse the current issues and to propose a solution for its consideration.

The statement also said the Economic Affairs Ministry has started preparing the 12th Malaysia Plan (RMK-12) spanning from 2021 until 2025, with the agenda of ensuring shared prosperity.

He said sessions with various parties would also be implemented to ensure the five-year development plan is comprehensive and achieve its stated goals. — Bernama