Thursday, June 4
You are at:Home»News»Sabah»Trader apologises to SMC and its president for false accusations 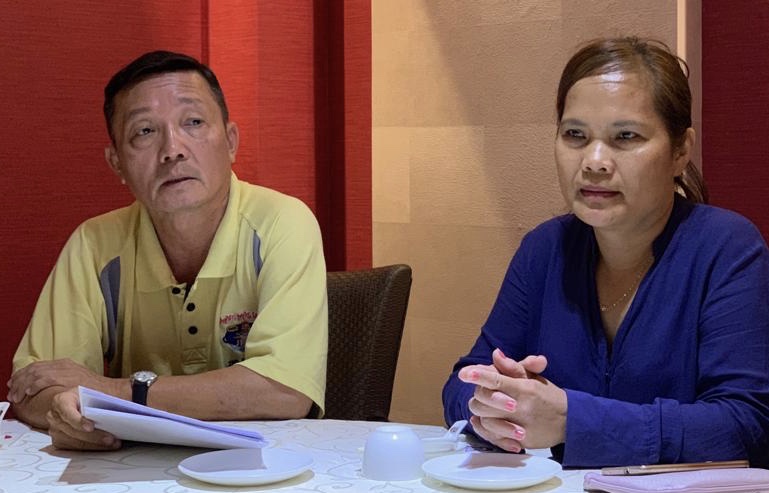 Liew (left) and his wife represent the Miranda Enterprise to make a public apology to SMC and its President, Datuk Peter Hii.

SANDAKAN: A local trading company has made a public apology to Sandakan Municipal Council (SMC) and its President, Datuk Peter Hii Chang Lik for making false accusations and destructive criticism during a Town Hall Session at the Sandakan Community Hall here on April 25, this year.

Liew Vun Mien, on behalf of Miranda Enterprise, has issued a public statement and apologised to the accusation which was made in the presence of leaders including Chief Minister Datuk Seri Shafie Apdal, Finance Minister Lim Guan Eng and close to a thousand members of the public.

During the event, Liew criticised and blamed SMC for the delay of six months in his application for a trading licence  for additional activity for Miranda Enterprise.

“Actually I was briefed by SMC staff about my application before this as to the procedure and process of my application. I had obtained my trading licence for additional activity within 64 working days, and not six months as I had mentioned during the Town Hall Session.

“I deeply regret my action and express my apology for my imprudence in making such untrue accusation in front of so many officials and people; wrongly blamed SMC Licence Unit and affecting the image and reputation of SMC and the leadership of its President, Datuk Peter Hii Chang Lik.

“Based on my own recklessness and imprudent behaviour, I have caused misunderstandings and negative effects on the public. In fact, under the new management of SMC led by its President Datuk Peter Hii Chang Lik, SMC has improved drastically with Peter Hii’s effort,” he said.

Liew then said that he was fortunate that Peter Hii is a very dedicated and open-minded person and that the President did not mind the accusation.

“The company and I sincerely apologise and promise not to make the same mistake in the future,” he added.