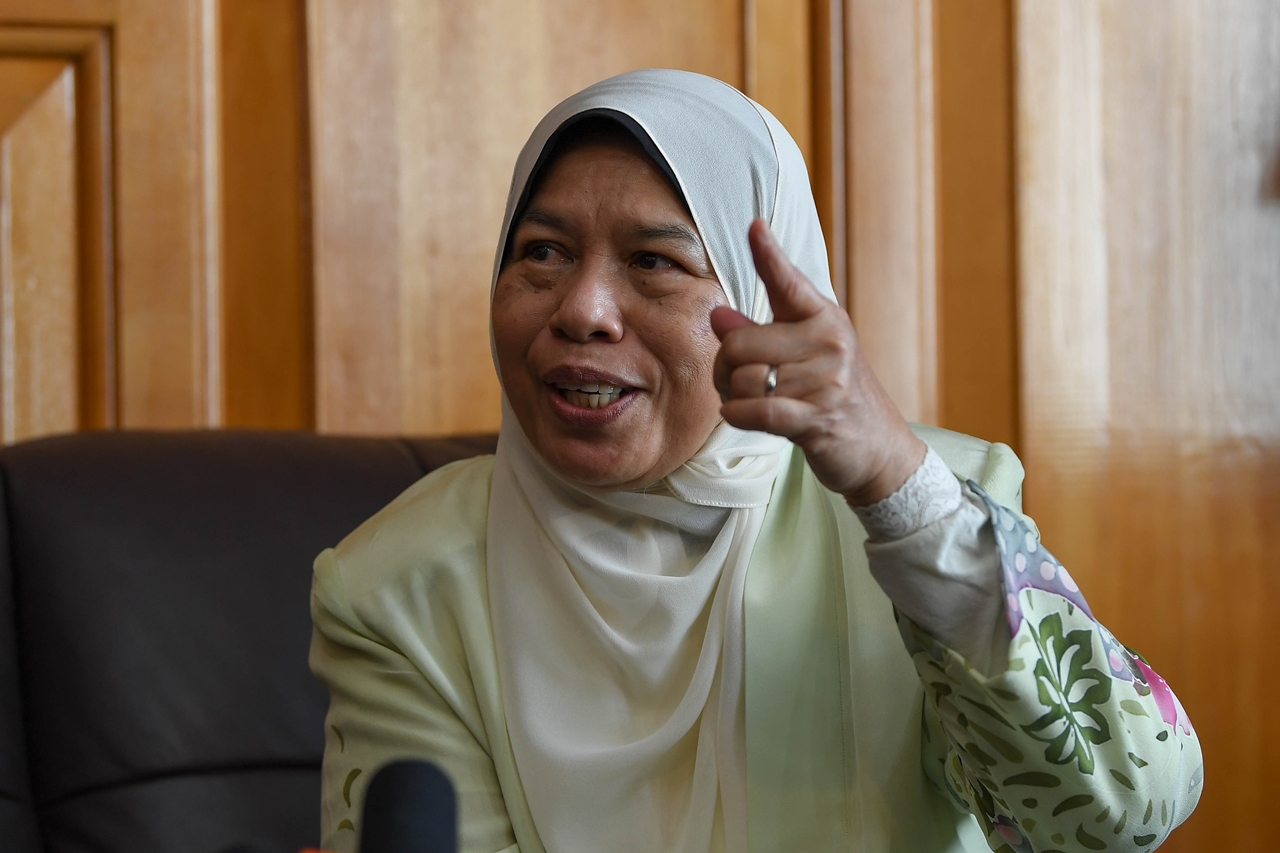 KUCHING: PKR vice-president Zuraida Kamaruddin expressed her regret and sadness over the viral sex video clips that were allegedly linked to a top party leader who is also a federal minister.

“At a time when the people and the government are struggling to revive the country’s economic situation and raise the people’s standard of living, this dirty political game is very sickening and is hampering the reconstruction efforts of Malaysia Baru,” she said in a press statement today.

Zuraida, who is Housing and Local Government Minister, stated that her confidence in the credibility, integrity and personality of the leader in question was unwavered.

“My confidence is based on the dubious background of the accuser, who is known to have good relations with the opposition.

“Any such political conspiracy of character assassination should be stopped immediately. I sincerely hope that the authorities will investigate into this and bring the offender to task,” she said.

Zuraida was commenting on the video uploaded to Facebook on Tuesday that showed two men in bed engaging in sexual acts. One of the men resembled the party leader and federal minister in question. The video had gone viral on social media.

Following that, a man who identified himself as Haziq Aziz made a sworn confession today that he was the individual in bed with another man who is allegedly a federal minister.

However, PKR Santubong branch chief Ahmad Nazib Johari came forward to debunk that the person in the confession video was Haziq, saying that the man did not look like the Haziq he knows.