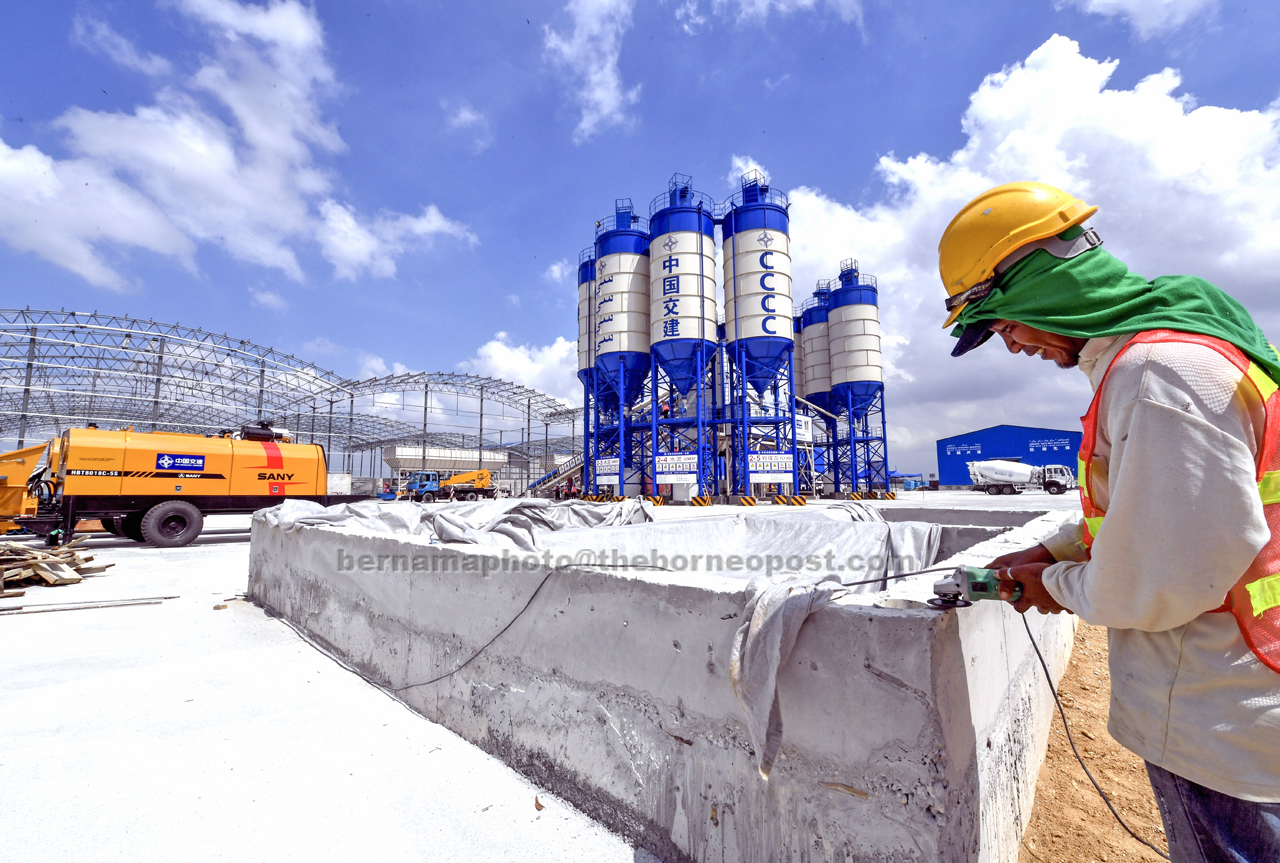 MRL and CCCC in a joint statement said participation from the G7 category of CIDB-rated companies topped the list with 859 submissions or 65 per cent. — Bernama photo

A total of 1,321 submissions from CIDB-registered companies were received by ECRL’s main contractor, China Communications Construction Company Ltd (CCCC), during the Pre-Q exercise on May 29 and 30, 2019.

Malaysia Rail Link Sdn Bhd (MRL) and CCCC in a joint statement said participation from the G7 category of CIDB-rated companies topped the list with 859 submissions or 65 per cent.

“Bumiputera participation was also very encouraging. The two-day ECRL Pre-Q exercise had recorded submissions of 994 Bumiputera engineering and construction companies representing 75.25 per cent of the overall registration,” it said.

The companies said the number of submissions in the Pre-Q exercise is a further endorsement of the improved RM44 billion ECRL project as its rail network would traverse the East Coast states of Kelantan, Terengganu and Pahang as well as Negri Sembilan, Selangor, and the Federal Territory of Putrajaya.

“The level of enthusiasm shown by Malaysian construction companies in particular from the G7 CIDB rating companies augurs well with the increase in civil works participation for local contractors from 30 per cent to 40 per cent of the ECRL project as per the inking of the supplementary agreement between MRL and CCCC on April 12, 2019,” it said.

MRL said the company, as the ECRL project owner, highly encourages local industry players especially local contractors to proactively seize any opportunities to participate in the ECRL project not just as contractors but also as suppliers, consultants and other relevant scopes.

MRL chief executive officer Datuk Seri Darwis Abdul Razak also expressed hope that the ECRL project would be an exemplary government project that demonstrates the capabilities of local contractors to work with an international contractor in carrying out and meeting the high standards of a large-scale infrastructure project.

“The participation of local contractors will not just act as a stimulus to the local construction sector but will also serve as a catalyst in the transfer of knowledge and technology in view of the ECRL project being among the most challenging engineering and construction projects in Malaysia,” Darwis added.

Following the Pre-Q exercise, MRL will be working closely with CCCC in the evaluation and shortlisting process of 1,321 construction companies as potential tenderers of the ECRL’s civil works packages.

Companies that are successful in the shortlisting will be notified in writing by CCCC, it said.

MRL, a wholly-owned subsidiary of the Minister of Finance Incorporated, is the project and asset owner of the ECRL. The 640-km rail network is scheduled for completion by December 2026 and is expected to link Kota Bharu to Putrajaya in approximately four hours. — Bernama