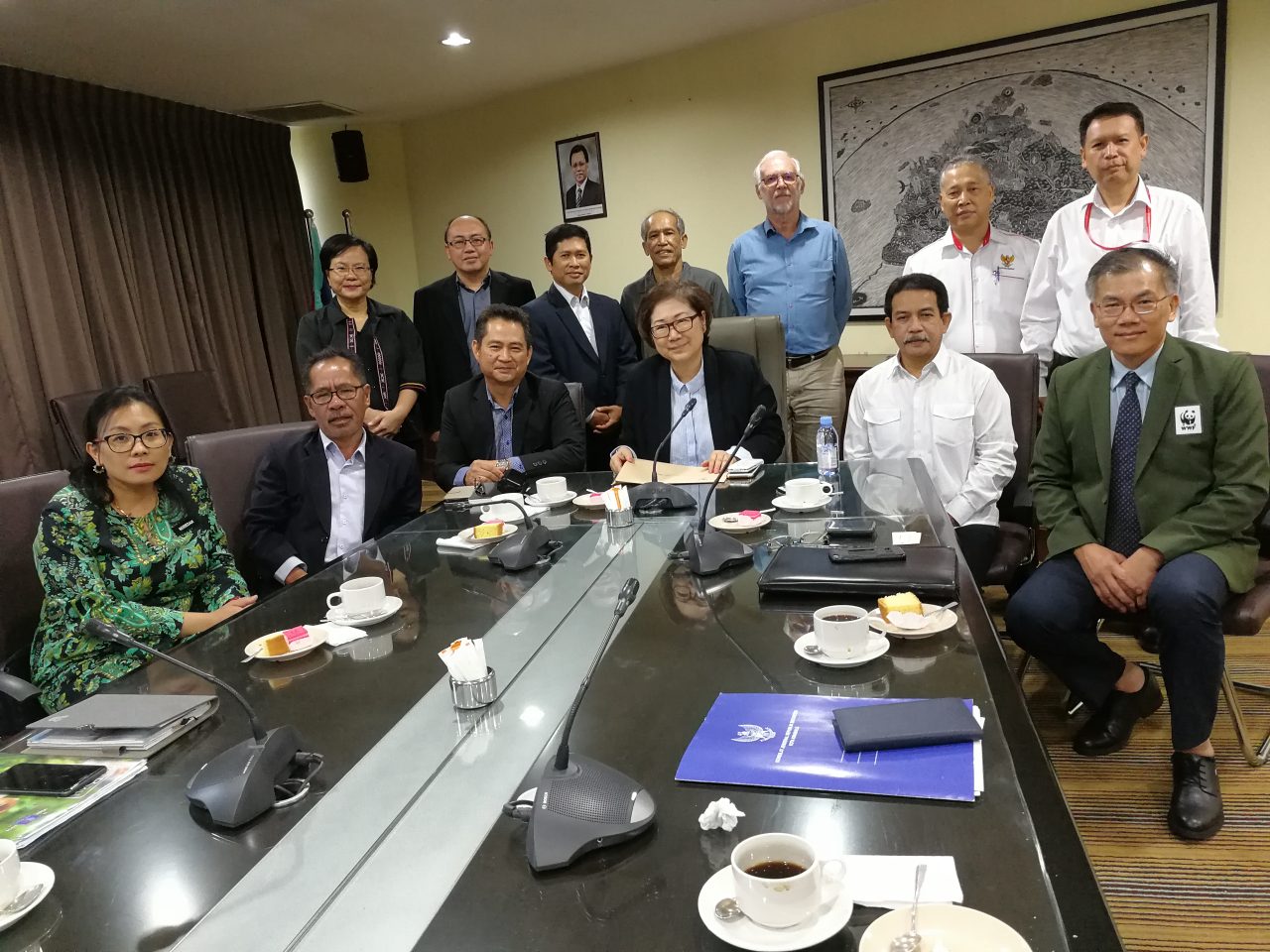 KOTA KINABALU: A meeting involving four parties was convened to discuss the implementation of the provisions of the Draft Memorandum of Understanding (MoU) on Conservation of the Sumatran Rhinoceros at the Ministry of Tourism, Culture and Environment on Tuesday.

They were the Ministry, Consulate-General of the Republic of Indonesia in Kota Kinabalu, Borneo Rhino Alliance (BORA) and World Wide Fund for Nature – Malaysia (WWF-Malaysia).

Minister Datuk Christina Liew chaired the meeting which also deliberated on the Implementation Arrangement between the Ministry of Environment and Forestry of the Republic of Indonesia and the Ministry of Water, Land and Natural Resources of Malaysia concerning the Collaborative Programme on  the Application of Assisted Reproductive Technology in the Sumatran Rhinoceros.

Thanking the Consul-General of the Republic of Indonesia in Kota Kinabalu, Bapak Krishna Djelani for his advice and suggestions, Liew said: “I am pleased to note that both Malaysia and Indonesia are equally committed to wildlife conservation efforts towards preventing extinction of the Sumatran Rhinoceros which is one of the world’s most endangered species.”

In this regard, Liew, who is also Deputy Chief Minister, said she will lead a Sabah delegation to Indonesia next month (July) to meet the Indonesian authorities on the MoU between the Government of the Republic of Indonesia and the Government of Malaysia on Conservation of the Sumatran Rhinoceros.

“Clarity of the stipulated terms and conditions is essential. We will undertake to fine-tune some of the articles and clauses of the MoU to ensure there are no ‘open-ended’ clauses that could give rise to disputes in future in the implementation of its provisions.

“We will also further define the arrangements for shared ownership of the Sumatran Rhinoceros born or produced in captive breeding in Indonesia,” the minister said, adding the MoU will be signed if everything goes well as planned.

Meanwhile, the minister welcomed World Wide Fund for Nature (WWF) – Malaysia’s desire to financially support the rhino breeding programme within the framework of the MoU.

Tuesday’s meeting followed the Experts Meeting on the Conservation of Sumatran Rhinoceros between Malaysia and the Republic of Indonesia which was held in Sandakan on April 4 this year.

The Malaysian delegation was led by Dato’ Wan Mazlan Wan Mahmood who is the Undersecretary of Biodiversity Management and Forestry Division under the Ministry of Water, Land and Natural Resources (KATS) while the Indonesian delegation was led by Indra Exploitasia who is director of Conservation Biodiversity under the Ministry of Environment and Forestry.

The Sandakan meeting was organised by the Sabah Wildlife Department (headed by Augustine Tuuga), during which the discussion on the draft MoU and Implementation Arrangement between both countries was led by Syahirah Mohamad Ashahari who is the Senior Federal Counsel, KATS.