Thursday, June 4
You are at:Home»News»Nation»Report made by political secretary adequate – Azmin Ali 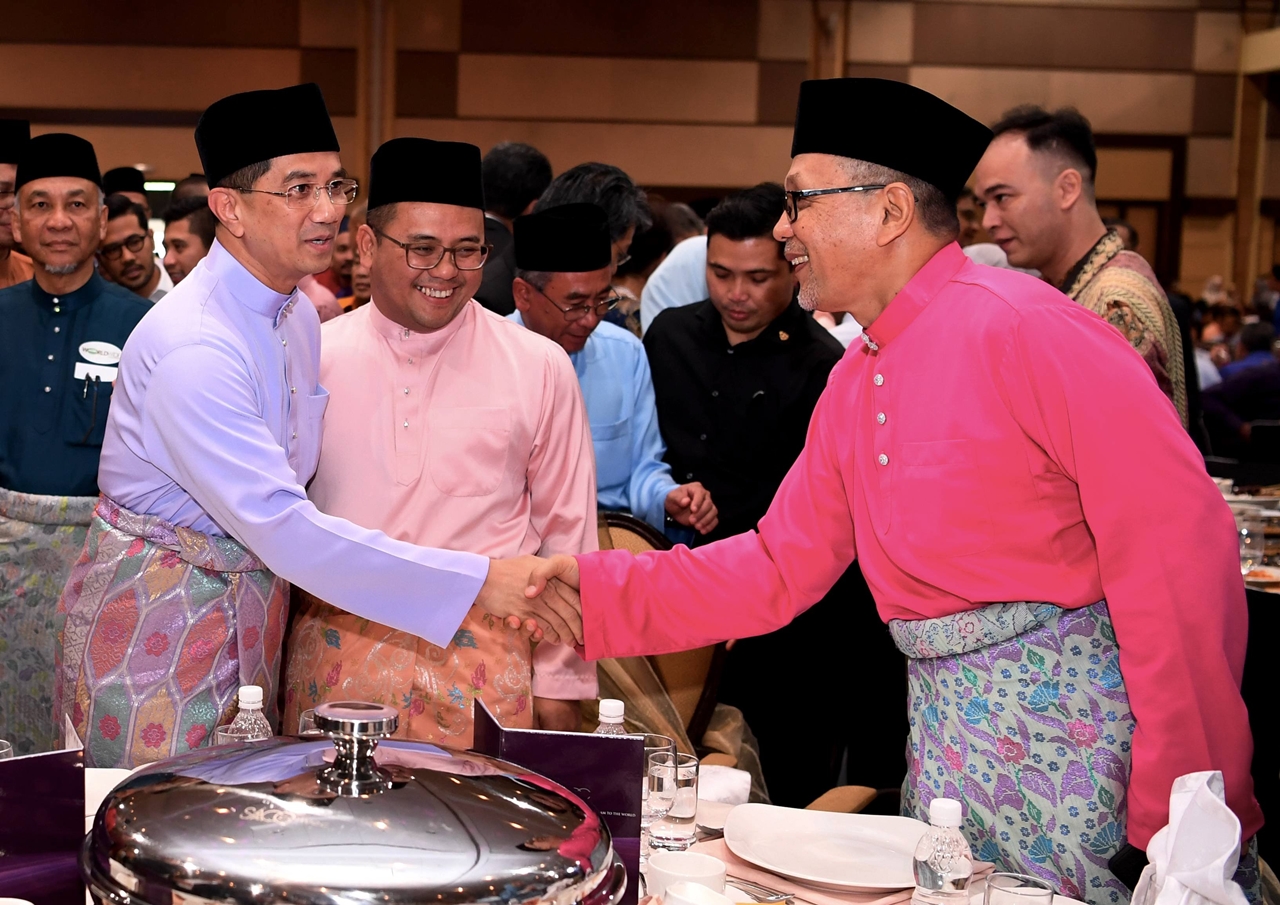 SHAH ALAM: Minister of Economic Affairs Datuk Seri Mohamed Azmin Ali said that the police report lodged by his political secretary this morning in Putrajaya was adequate for the authorities to investigate the viraling of a pornographic video which was attempted to be linked to him.

He said, although the report was not made by him personally, it was done based on the views from his lawyers, and was seen  as adequate for police to conduct further investigations.

Asked if he knew the actor in the video, Mohamed Azmin, who is also Parti Keadilan Rakyat (PKR) deputy president, said that he only knew him from afar.

‘’..because he was a party member, used to be a party member and then joined an opposition party. After we (Pakatan Harapan) won (at the 14th General Elections), he hopped back into PKR.

‘’This is the character of the individual who was being made use of in the slander,’’ he told reporters after attending the Selangor Economic Development Corporation and subsidiary companies’ Open House here today.

In the meantime, asked if he suspected any quarter for masterminding the proliferation of the video which was linked to him, Mohamed Azmin stressed that he would not accuse arbitrarily.

On the emergence of the pornographic video, which was akin to sabotage by certain quarters in the light  Prime Minister Tun Dr Mahathir Mohamad did not set any time frame to hand over the leadership of the national administration to a qualified candidate, Mohamed Azmin declined to make any speculation.

‘’I don’t want to speculate on the power of the prime minister in deciding the best candidate to hold the number one post in the national administration because what is important, is that, he (prime ministerial candidate) must be accepted by the majority of the people for the future leadership,’’ he said.

He also urged all quarters not to resort to ‘dirty tactics’ (like viraling the pornographic video) if there were differences in opinions or if there were individuals who were not successful in providing services which were acceptable by the people.

He stressed that, in the era of the new Malaysia, all quarters should adhere to the aspect of value politics other than having a clear principle, so that they were not easily snared by a political concept which was cruel and detestable.

He added that the reprimand by Dr Mahathir for the politics in the country to be cleaner should be given serious attention by all quarters especially the party leaderships because the people currently still hunger for a government which could solve economic and cost of living problems and endeavouring to encourage investment in the country.

‘’So, all quarters are responsible to provide a stable government and not threaten the stability of the present government.

‘’I urge to all my colleagues to view seriously the exhortation of the prime minister because eventually we are responsible to Allah Subhanawataala and the people in this country,” he added. – Bernama