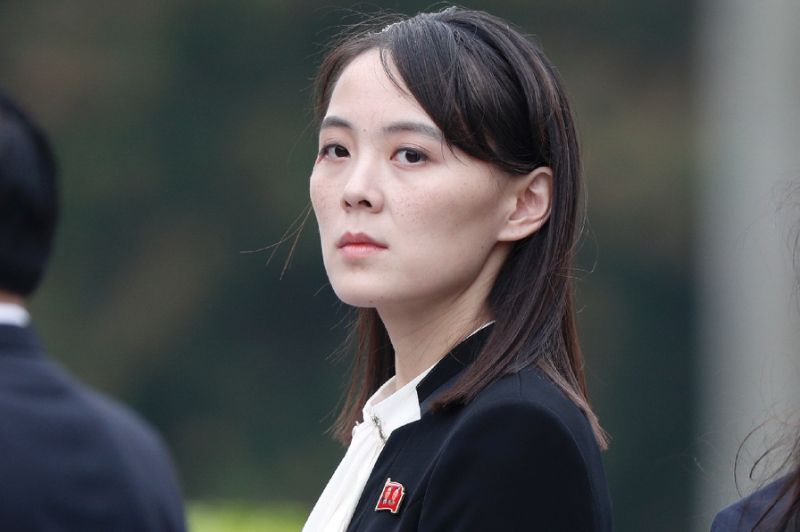 Kim Yo Jong’s trip to Panmunjom was the first meeting by senior officials of the two Koreas in months. AFP Photo

Kim Yo Jong, who holds a powerful position in the reclusive state, delivered the message, and flowers, on her brother’s behalf at a meeting with South Korean officials at Panmunjom in the demilitarised zone.

“Kim commented we should continue co-operation in honour of Lee’s efforts for inter-Korean harmony,” he said, according to broadcaster YTN.

Kim was known for his “sunshine policy” of engagement with North Korea, and Pyongyang also sent a delegation to Seoul to pay respects when he died in 2009.

Wednesday’s meeting was the first by senior officials since the breakdown of a second summit between North Korean leader Kim Jong Un and US President Donald Trump in Vietnam in February.

Pyongyang has called on Seoul to implement joint economic projects agreed last year at inter-Korean summits, but sanctions imposed on the North over its nuclear and ballistic missile programmes have blocked progress. – AFP