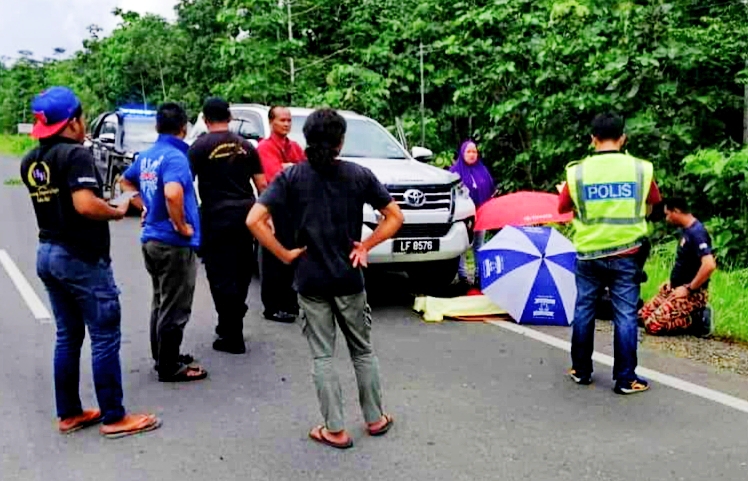 The two victims shielded with umbrellas at the scene of the accident.

TAWAU: Two sisters were killed when a four-wheel-drive vehicle went off the road at Kilometer 56 Kalabakan-Sapulut Road on Wednesday morning.

District police chief ACP Peter AK Umbuas said the driver had dozed off while travelling  with her husband and their three children from Tawau  to Labuan.

He said the driver, her husband and their one-year and four-month-old son who were seated in front were lightly injured.

Their two daughters aged five and seven years old who were seated behind, died at the scene of the accident after they were thrown out of the car during the accident which happened around 8am.

Peter said the case was being investigated under Section 41(1) of the Road Transport Act 1987.

He reminded the public, especially those travelling long distance to get enough rest and ensure the vehicle is in good condition.