Monday, March 30
You are at:Home»News»Court»Court allows review of headman’s appointment 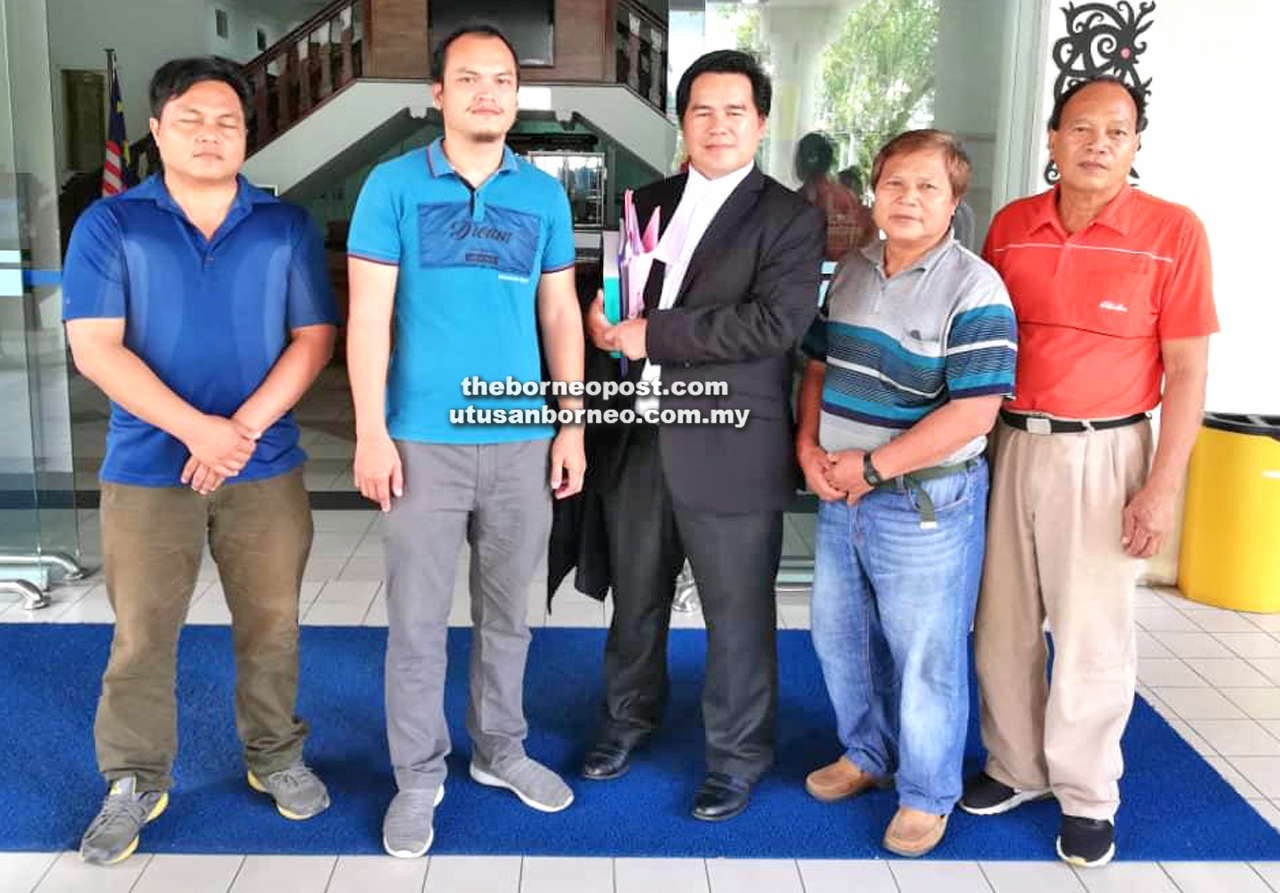 The applicants are seen with Counsel Roland Engan (centre).

MIRI: The High Court here yesterday granted leave to commence a judicial review on the appointment of Lah Anyie as headman of Long Bedian, Apoh, in Baram.

The ex-parte application filed on Jan 20 this year seeks a certiorari order to quash the decision of the second respondent Miri Resident and third respondent Sarawak State Secretary to appoint first respondent Lah, as well as a mandatory order to revoke it.

The application also sought a mandatory order for both to recognise and appoint fifth applicant Lennon as the rightful headman of Long Bedian.

In their affidavit, the applicants claimed the unilateral appointment by the first and second respondents were against their rights to practise traditional Kayan community customs in selecting a headman and the decision against was unreasonable, oppressive, and prejudicial to them, and constituted a breach of natural justice.

The judicial review also sought to declare Lah’s appointment as unfit and revocable on grounds of being incapable to perform his duties and not residing in the administrative area for which he was appointed.

The applicants also claimed there was no consent from the Temengong – the present paramount chief on local customs and traditions.