Monday, July 13
You are at:Home»News»Floodwaters recede at SK Sungai Buloh 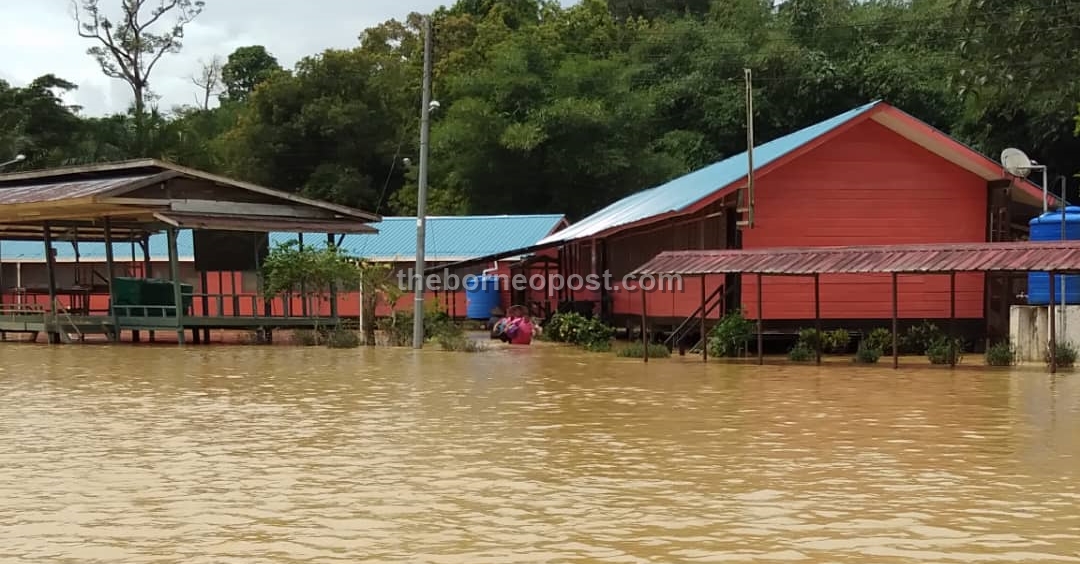 The inundated section of SK Sungai Buloh in Selangau yesterday.

SIBU: Classes are running as usual today for SK Sungai Buloh in Selangau, after it was forced to close yesterday due to floods.

The primary school has 148 pupils.

“The school building is not affected and classes are running as usual.

“The situation is still under control ” it stated.

On Thursday, the school compound was reported to be inundated between one and two-and-a half feet of water.

The heavy rain overnight had caused the water level in Sungai Buloh to rise.

The longhouse, which houses 33 families, however, was not affected as only the compound surrounding it was flooded.

When contacted by The Borneo Post, Tamin assemblyman Christopher Gira Sambang said based on the report received from APM, the water level has receded.

“The longhouse has about 150 people and so far, there is no evacuation,” Gira said.