Saturday, February 29
You are at:Home»News»Entries for Kenyalang Journalism Award opens next Monday 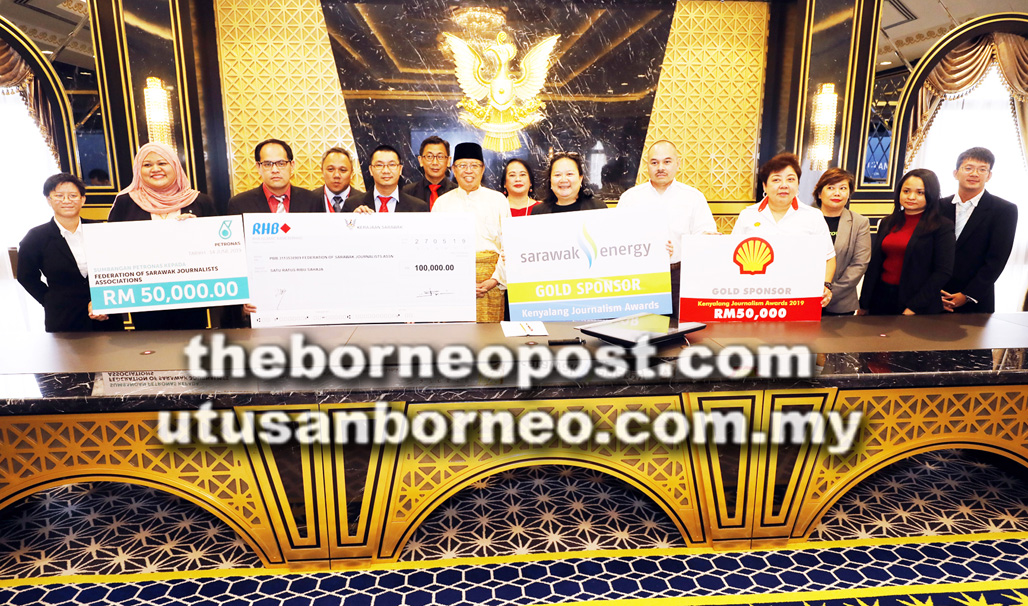 KUCHING: Journalists from the print, broadcast and online media in Sarawak are invited to submit their entries for the Kenyalang Journalism Awards (KJA) from June 17 to July 12.

Only articles published in 2018 are eligible to be submitted for the competition and this year’s KJA prize presentation ceremony will be held at the RH Hotel in Sibu on Oct 25.

For the Digital Economy category, only articles published from July 1 to Dec 31, 2018 are eligible as entries.

Hii said journalists from online news portals can also participate in KJA 2019 in view of the growing influence of online media.

“They can submit their entries for any of the categories. Visual reporting such as Star Tv falls under broadcasting category,” he said.

During the visit, Hii received sponsorships from three corporations and Abang Johari.

“I am thankful to the state government for giving us RM100,000 for KJA 2019 as well as the continued support from the Gold Sponsors Petronas, Shell and Sarawak Energy towards our event by giving us RM50,000 each,” said Hii.