Friday, June 5
You are at:Home»World»Trump clarifies would report foreign dirt on rivals to FBI 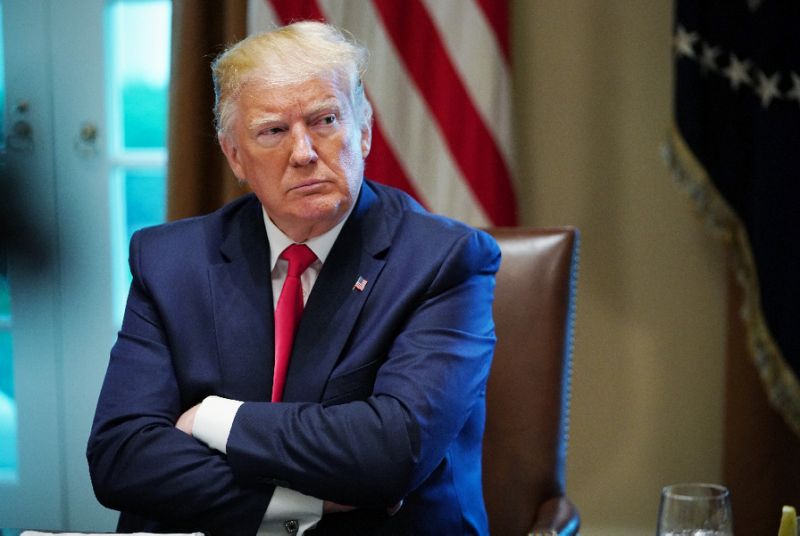 President Donald Trump has faced withering criticism from both Democrats and Republicans for saying he would accept dirt on political opponents from a foreign power. AFP Photo

WASHINGTON: President Donald Trump on Friday sought to clarify his comments that he would accept dirt on election rivals from a foreign power, now saying he would “absolutely” report such an encounter to US authorities.

Singed by a political firestorm over his controversial remarks when he said he would only “maybe” call the Federal Bureau of Investigation if he believed there was wrongdoing, the president took to Fox News to nuance his explanation.

“Of course you give it to the FBI, or report it to the attorney general or somebody like that,” Trump said.

But he maintained his controversial position revealed in a Wednesday ABC News interview that he would look at or listen to the information.

“Of course, you have to look at it, because if you don’t look at it you’re not going to know if it’s bad,” Trump said.

“Now, if I thought anything was incorrect or badly stated… I’d report it to law enforcement, absolutely.”

Trump faced severe criticism from Democrats and Republicans alike after his initial remarks.

The furor follows years of debate over the Trump team’s contacts with officials and operatives from Russia, which US intelligence agencies determined interfered in the 2016 presidential election.

An exhaustive 22-month special counsel investigation concluded that Trump’s campaign had numerous contacts with Russians but the pattern did not amount to proof of a conspiracy with Moscow.

Despite that, Democrats say Trump’s behavior was suspicious enough to warrant further investigation in congressional committees. A loud minority of lawmakers is even pushing for impeachment.

The White House and Republicans argued that Trump was being unfairly singled out when the Democrats had been the ones to make use of a now-infamous dossier compiled by a foreigner, former British intelligence agent Christopher Steele, in 2016.

Trump told Fox he did not believe any foreign power would present him with “bad” dirt on his rivals “because they know how much I love this country.”

And he stressed that as president he is in a different position than other Americans because of his constant interaction with world leaders like Queen Elizabeth II and French President Emmanuel Macron.

“We have many, many conversations,” Trump said. “I’m just thinking, gee, if they say ‘We don’t like your opponent,’ am I supposed to put the president of France, am I supposed to report him to the FBI?” – AFP