Saturday, February 29
You are at:Home»News»Sabah»Two men arrested within 24 hours after botched robbery 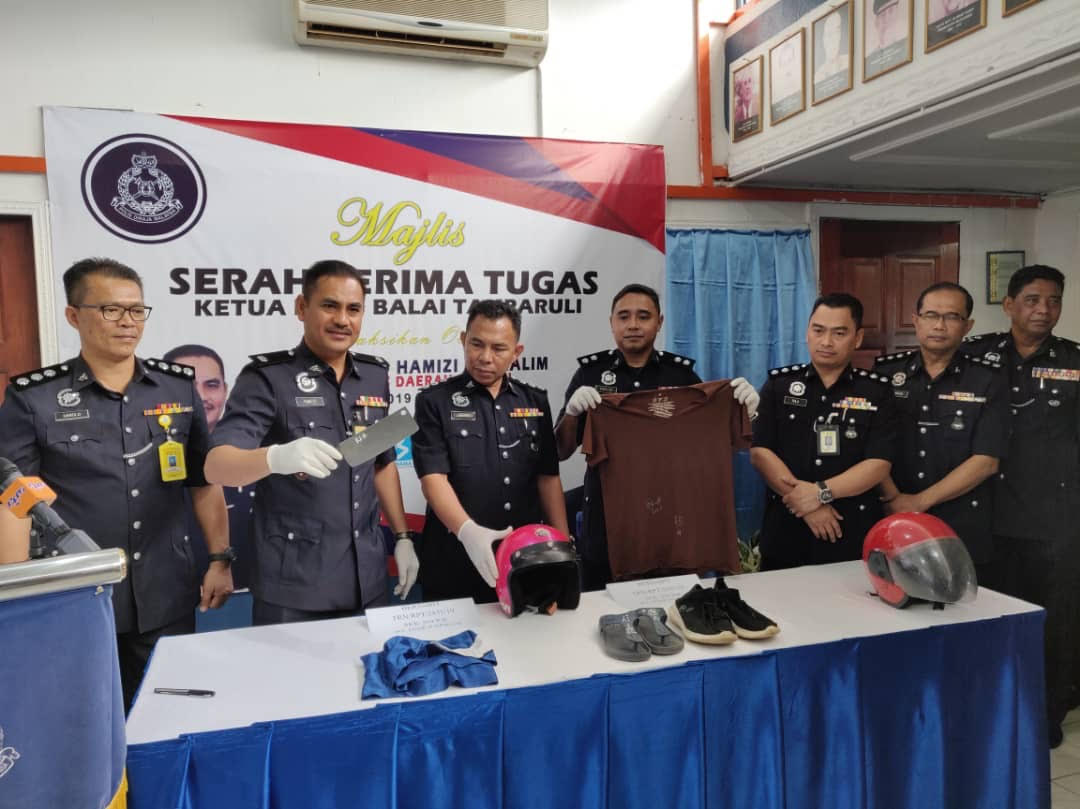 Hamizi (second left) showing the weapon that was used by the suspects in their attempted robbery at a sundry shop.

“Both suspects then approached the counter, armed with a meat clever, and tried to take money from the cash register but the shop cashier, age 23, prevented them.

“Both suspects then fled the scene empty handed, but the cashier sustained injuries on his right head that needed 17 stitches,” he said at a press conference at the Tamparuli police station yesterday.

Based on the victim’s description, police managed to identify the suspects which led to their arrest at Kg Simpangan around 9am on June 9.

“Both suspects, age 19 and 26, have been remanded for police investigation. Police have also seized the weapon that was used in the robbery,” said Hamizi, adding that both suspects did not have any previous criminal record but were positive for drug abuse.

The case is currently being investigated under Section 394 of the Penal Code for voluntarily causing hurt in committing robbery.