Friday, June 5
You are at:Home»News»Sabah»My early setbacks made me better person – Yong 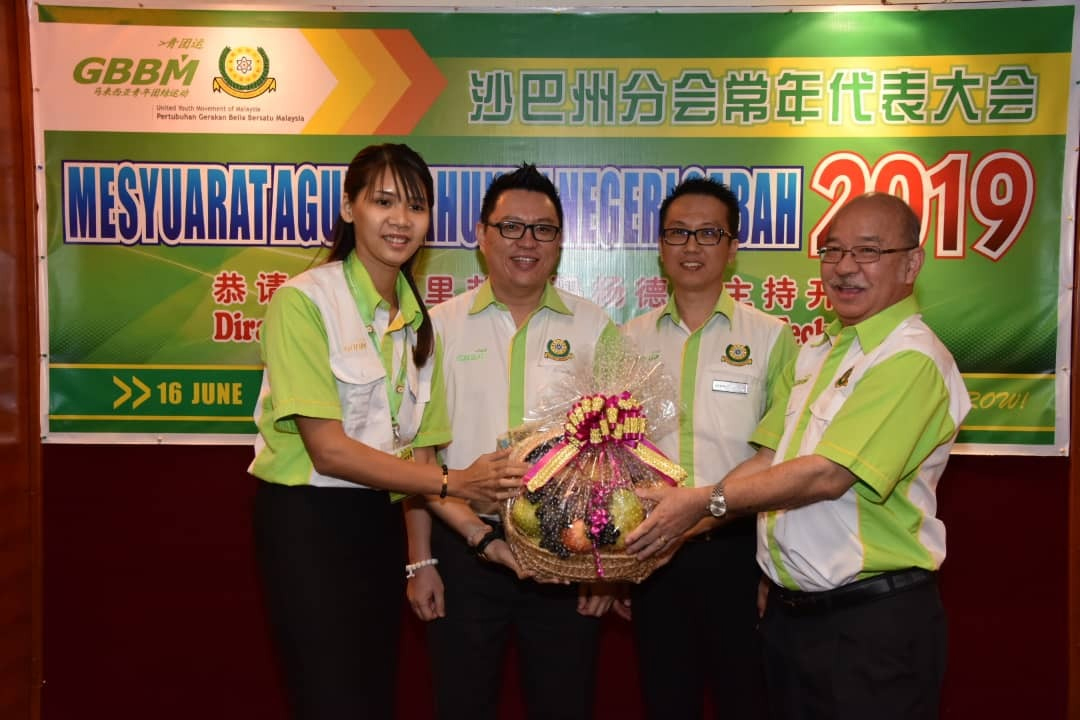 Yong, who served as Chief Minister for two years at the age of 36, said his personal bad experiences had taught him numerous lessons and moulded his character.

“When I look back, I think some of the setbacks in my early life made me a better person. Psychologists call this positives that came out of negative experiences,?he said at the Gerakan Belia Bersatu Malaysia (GBBM) annual general meeting here on Sunday.

Yong is the GBBM National Advisor.

He told the GBBM delegates that among one of his earliest experiences he had encountered was an insulting Singaporean teacher while studying in the island republic.

“I left Singapore in protest at the sarcasm of a Singapore school teacher who ridiculed my (Lahad Datu St Dominic Form 3) LCE grade A unit,” Yong recalled.

“He said ‘Their (Sabah) grade A does not mean that their English standard is good’. Yes, I still remember. It was a bad experience to be insulted like that. Not only me, but my school, my state Sabah were insulted too,” he said, adding that he then enrolled at the Lok Yuk Secondary School.

Yong said the bitter words of the Singaporean teacher remained with him and when he went to London for his Advanced Levels, he sat for GCE ‘O Level English language test.

“Again, I got Grade A. I have proven that Singaporean teacher wrong. That was in England. Year 1978. It was not easy to get Grade A in English Language in England,” he said.

Yong reminded the GBBM delegates they should strive to excel in their jobs that they landed into either by choice or circumstances.

“My advice to you today is: be honest, do good and do your best. Learn from your bad experiences. The rest, you just take life as it comes,” he said.

“Now, I am 61.  Which means that for the first part of my life, I was going up and up. And then, so far, the road has been going down and down. Although, I have been proven to be right in many things, I could not predict my own life. I did not plan on how to be an ex-CM. So, I had to take life as it comes. I think it is my character, my energy and my environment that drives me on and on,” Yong said.

“Politics has taken me to the highest office in Sabah. It has also brought me to some of the lowest points of my life. Throughout it all, I am thankful that my upbringing made me a tougher person,” he added.

“Other than good family upbringing, I had benefited a lot from training on leadership, discipline and jungle survival as a scout,” Yong said.

He said he remained thankful to his teachers at Sabah schools, including the late Miss Capilli and Francis Chau both of St Dominic School and Datin Yong Kian Chung of Likas Lok Yuk School.

“People ask me why I am a punctual person. You know why? One day, I missed the bus for (Lok Yuk) school. The school principal Datuk John Ng Ah Kian’s punishment for me and two other students was to pick up the rubbish in the whole school padang. Believe me, after that, I was never late again. I think that bad experience made me a punctual person today. For that, I am thankful to Datuk John Ng,” Yong said.   Yong also urged the GBBM to be proficient in Bahasa Malaysia, English and Mandarin as these languages would serve them well in their professional and personal lives.

“Before coming to KK, I had studied at an English language, Christian mission school, that is St Dominic School at Lahad Datu. That school was within walking distance from my home. You see, getting to the nearest Chinese school would mean that I needed car transport. But going to St Dominic meant that I only had to walk a short distance. Hence, I have never been to a Chinese school, he said.

“So, at Kota Kinabalu in 1974, I tried to learn some Mandarin at the Kinabalu Commercial College night class, along Jalan Pantai at the time. My teacher was a Mr Tey Ho Say. Eleven years later, in 1985, after I have become an assistant minister during the PBS era, Mr Tey was again my Chinese language tutor. It has always been a tough experience for me to learn Mandarin. But learning a bit of spoken and written Mandarin, is like a blind man gaining his eyesight for the first time. It opened up a new world of knowledge and wisdom, Yong said.

“At the same time, I have picked up sufficient command of Bahasa Malaysia. In debates, my first choice of language is Malay. I pick Malay because Malay is a beautiful language that I feel comfortable with. Malay pantuns and proverbs are beautiful linguistic expressions of ideas, feelings and thoughts,” he added.