Friday, June 5
You are at:Home»News»Sabah»PH, Warisan govt can last – Anwar 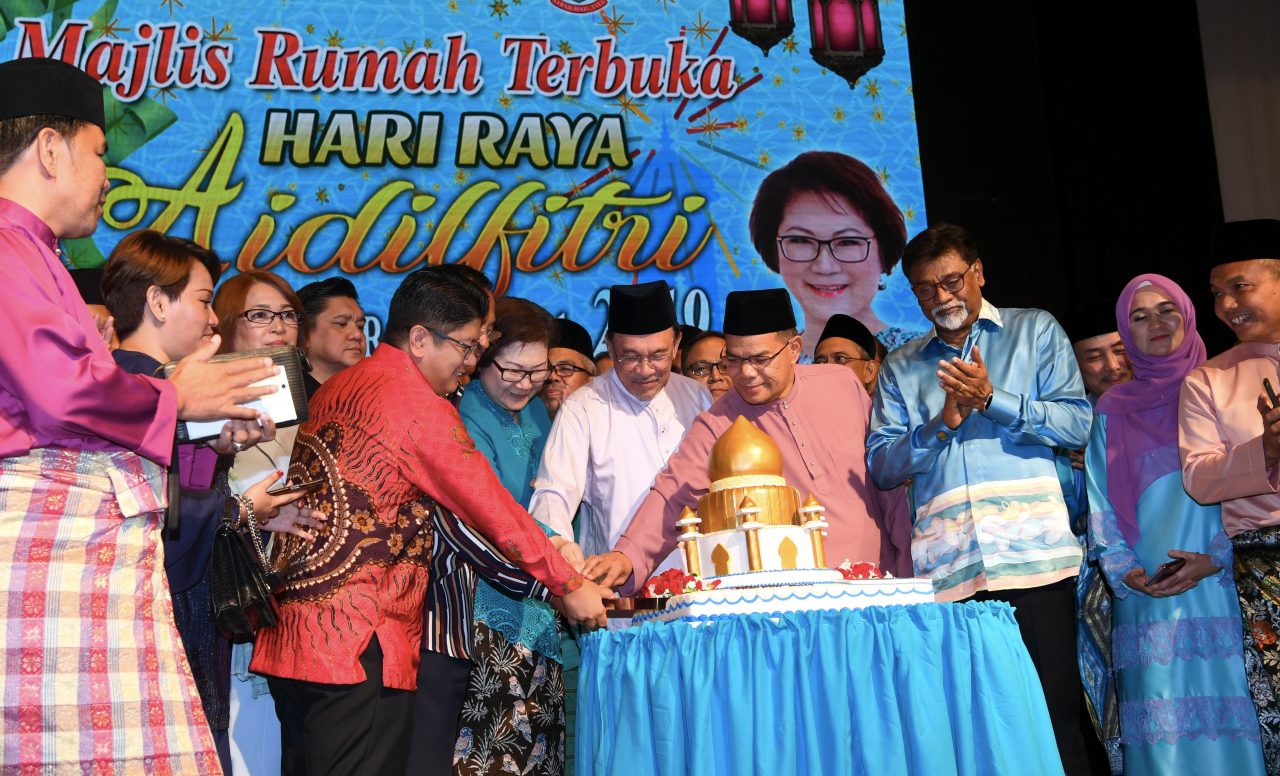 Anwar (centre) accompanied by Liew and others cutting a cake at the PKR Sabah Aidilfiri Open House celebration.

“When you understand, you respect. Yes, there are differences but we respect. This is the Aidilfitri spirit that we must inculcate,” he said at the PKR Sabah Aidilfiri Open House celebration at Magellan Sutera here yesterday.

He added the fasting month not only instill the discipline to control desires but also compassion for the less fortunate.

“If this understanding is in our government, then Pakatan Harapan with (Parti) Warisan (Sabah), I am confident, no force can shake this strong government under the Pakatan Harapan whether in Sabah or Malaysia. But, the condition is for us to implement what we say,” he explained at the event, organized and sponsored by the Kota Kinabalu Assemblyperson’s Office.

“In the context of festivals, we could see that all races joined in the merry making for the Hari Raya Aidilfitri celebration, just like for Chinese New Year, Deepavali and Christmas celebrations,?she said.

This is the real strength of Sabah that can be emulated in other states in Malaysia as a tourism product and package for foreign visitors, she pointed out.