Thursday, August 6
You are at:Home»News»Sabah»Show of Sabah’s cultural richness for three weeks 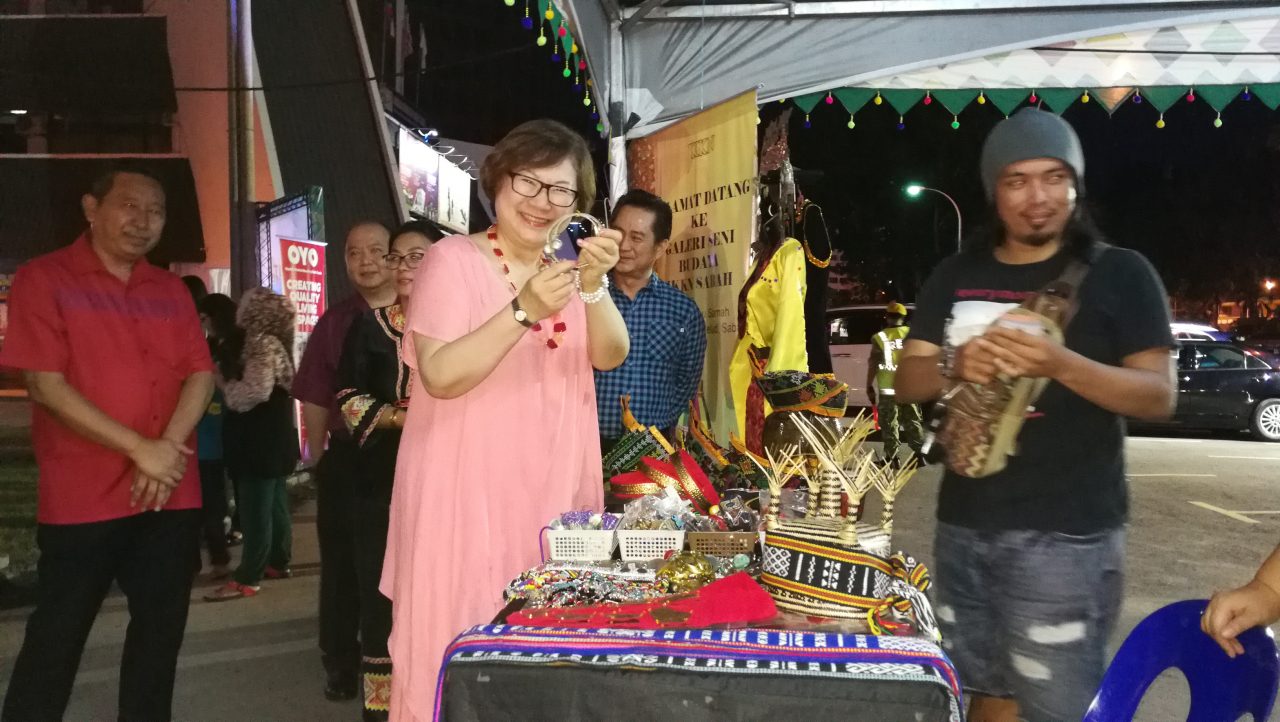 Liew showing a piece of traditional jewelry she purchased from one of the vendors at Laman Seni.

KOTA KINABALU: For the next three weeks, Sabah’s cultural richness will be featured in its annual Sabah Fest pocket shows at several locations throughout the state capital.

Liew in her speech said among the ethnic dances to be showcased are the sumazau Penampang, igal-igal Semporna, dansa Cocos Lahad Datu and the Anggalang Mangunatip of the Murut community.

There is also an opportunity for photography buffs to win a prize in the Hello Sabah Photography competition, she said.

“To further encourage viewing of the various pocket shows, the Hello Sabah Photography Competition will award a cash prize for the best cultural photo compilation from all pocket show venues,?Liew added.

For the launching ceremony at Laman Seni on Saturday, there were also a handicraft exhibition, traditional food and cultural bazaar as well as food trucks.