Friday, July 10
You are at:Home»News»Crime»Team formed to investigate video linked to minister 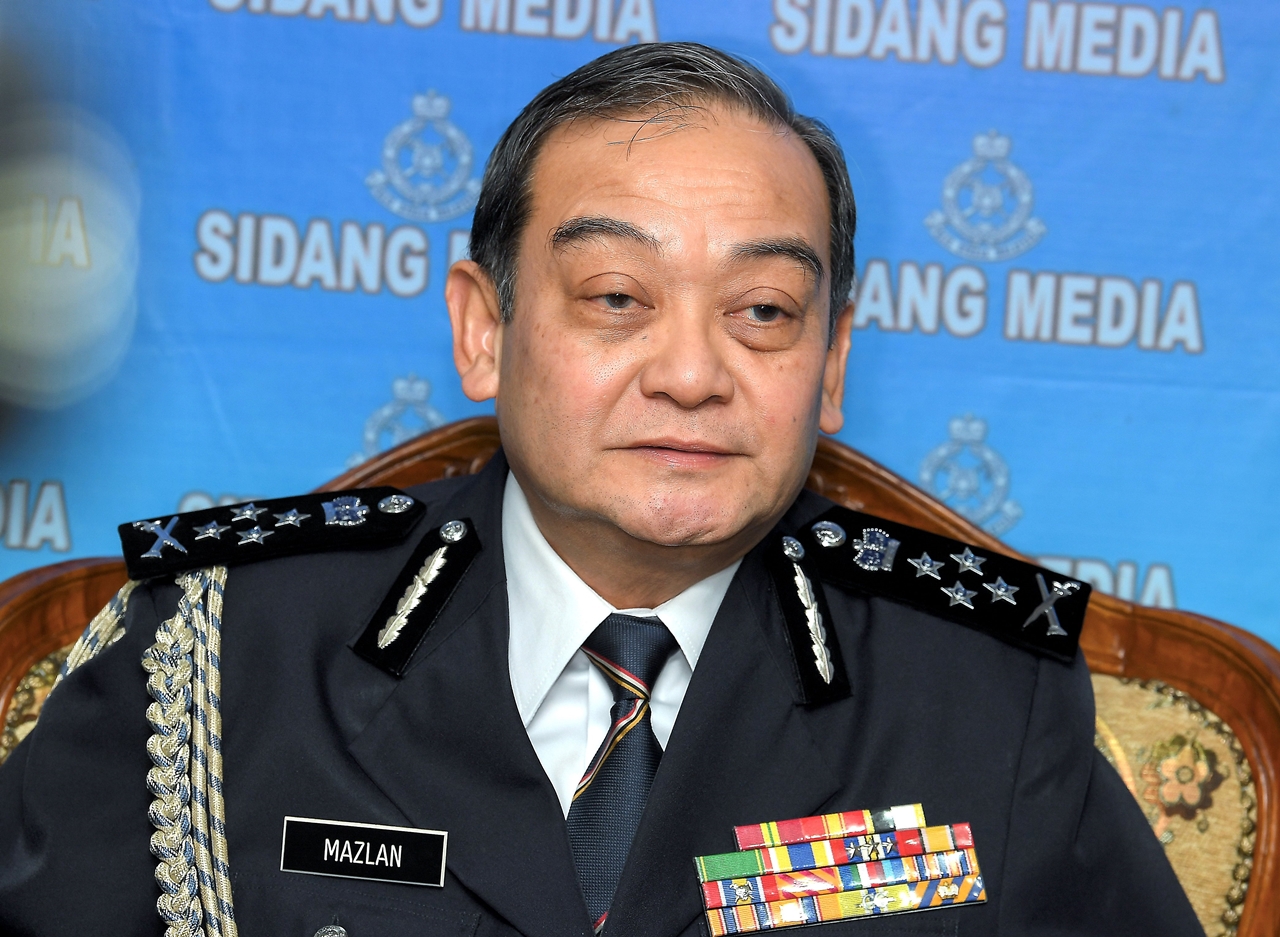 Deputy Inspector-General of Police Datuk Mazlan Mansor during a press conference after a handing over of duties of the Commercial CID director’s post and that of the chairman of the Police Family Association (PERKEP) at Bukit Aman today. – Bernama photo

KUALA LUMPUR: A special team has been set up to investigate a pornographic video which is linked to a minister, said deputy Inspector-General of Police Datuk Mazlan Mansor.

‘’We (police) need to speed up the investigation and many quarters have urged that the police conduct a  comprehensive probe.

‘’All police investigations have their special challenges especially involving a digital video case. As such, we co-operate with MCMC,’’ he told a media conference after a handing over of duties of the Commercial CID director’s post and that of the chairman of the Police Family Association (PERKEP) at Bukit Aman here today.

When asked when the minister linked to the video would be giving his statement, Mazlan said the police would take the minister’s statement soon.

‘’I cannot divulge more details on the investigation on the case to avoid hampering the inquiry,’’ he said.

Commenting further on the investigation on the case, Mazlan said that 17 reports had been lodged and 21 statements had been taken since last week.

‘’The police are still waiting for the forensic report on the genuineness of the video,’’ he said.

In addition, he said no overseas travel curb was imposed on Haziq Abdullah Abdul Aziz, the individual who admitted that he was the man in the video.

“He (Haziq) had given his co-operation and we will work both ways,” he said, adding that police had no plans to recruit outside services in the investigation on the case.

Last Friday, Haziq Abdullah was detained to help in investigations on the case and he was freed on police bail on Saturday. – Bernama