Friday, July 10
You are at:Home»News»Nation»Tun M engages audience with wit and humour during Cambridge talk 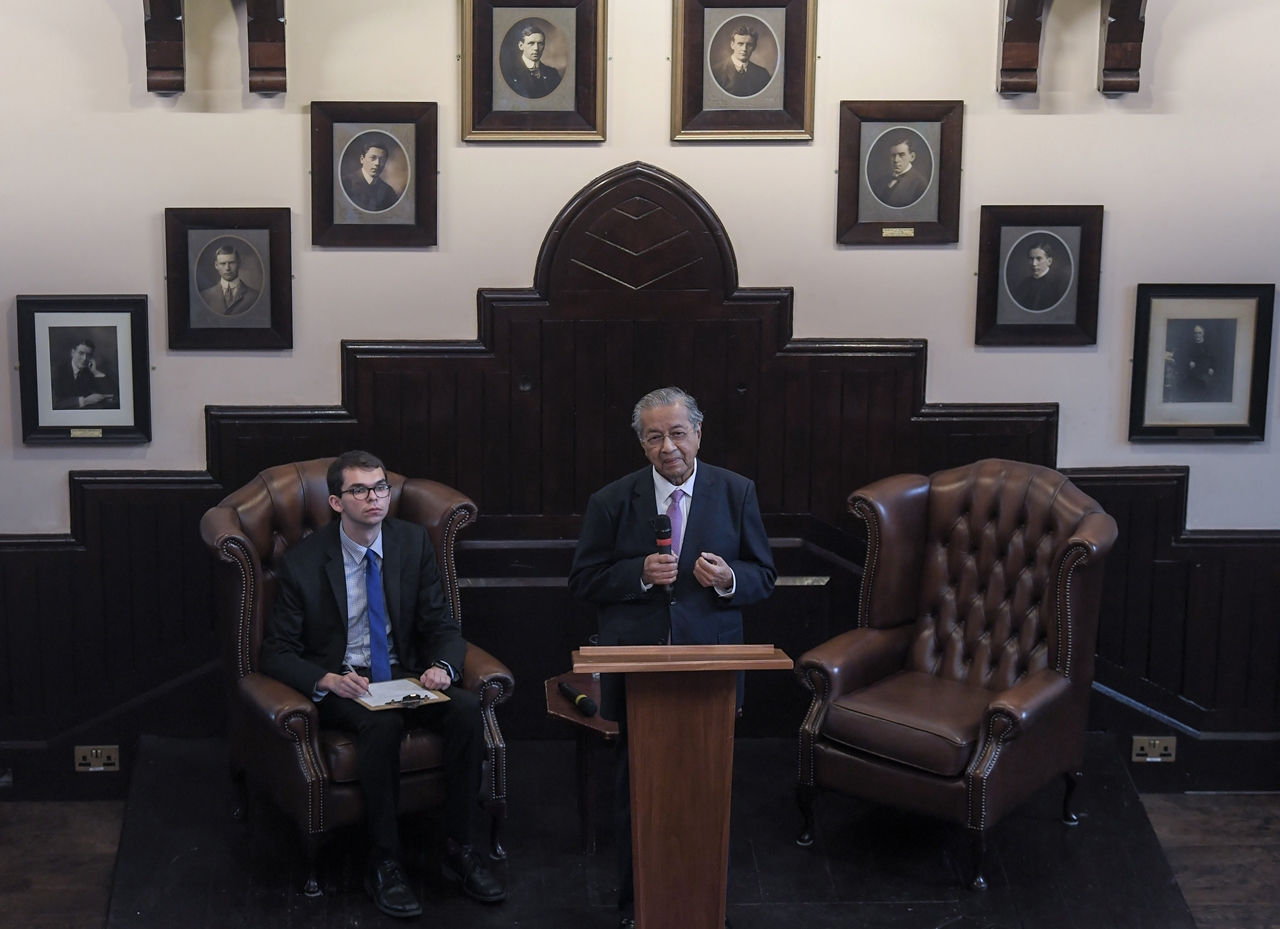 CAMBRIDGE, United Kingdom: The subject matter covered was not much different from the talk he delivered at Oxford Union in January, yet Prime Minister Tun Dr Mahathir Mohamad kept the floor engaged with his wit and humour during his talk at Cambridge Union on Sunday.

The rumblings of a small group of protestors outside were soon drowned by Dr Mahathir’s off-the-cuff speech inside the Cambridge Union Society hall that took the audience from the British rule narrative to the present-day woes faced by the country and the world.

Some of the attendees noted the talk was not much different from the one in Oxford Union because the nonagenarian was steadfast on his stand on many issues, including on the Israel regime that had carved out its own state on the expense of Palestine, the atrocities suffered by Palestinians, as well as Malaysia’s stand on LGBT.

He also once again highlighted how Malaysia shifted its focus from the West to the East, and the fear of marginalisation of the smaller countries by the bigger nations.

The crowd was amused when Dr Mahathir pointed out in jest that in the English language, people do not mean what they say.

“For example, in Parliament the speaker is not allowed to speak. Malaysia is a member of the Commonwealth but there is nothing much in common with the wealth dominated by certain countries. The British acknowledged the Malay sultans as rulers but the sultans never ruled. Therefore, when they criticise us as dictators, I don’t think they really mean it,” he said much to the laughter and applause of the audience.

After the speech, when host Adam Davies asked about his return to active politics, Dr Mahathir had this to say; “I came back because the very same opposition that used to call me a dictator decided that I should be their leader, at their request and not mine”.

And Dr Mahathir’s reply to the last question from the floor also drew laughter. When he was asked whether the Pakatan Harapan coalition would be returned in the next election, he replied: “It depends on you, if you vote for us, we will return”.