Friday, July 10
You are at:Home»News»Nation»Agong grants audience to Mohamed Azmin 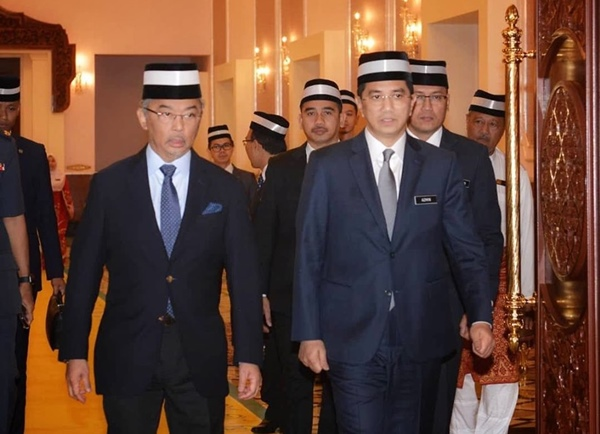 In his latest official Twitter message Mohamed Azmin shared several photographs of the meeting which among others touched on Sultan Abdullah’s visit to the United Arab Emirates (UAE) recently.

“His Majesty the Yang di-Pertuan Agong recently embarked on a Special Visit to the United Arab Emirates, giving impetus to the enhancing of bilateral relations and economic cooperation between our two nations.

“The Ministry of Economic Affairs will seize the opportunities presented by the fruitful Special Visit by His Majesty the Yang di-Pertuan Agong. Bilateral economic relations between Malaysia and UAE will be enhanced across various sectors for value-added economic collaboration,” wrote Mohamed Azmin.

Sultan Abdullah embarked on a three-day special visit to the UAE beginning Wednesday (June 12) until Friday (June 14) which was His Majesty’s first visit to the Arab Gulf states after taking his oath as the 16th Yang di-Pertuan Agong on January 31.

Following the meeting, Mohamed Azmin expressed his gratitude to His Majesty for granting the audience to him at Istana Negara.

“I will always uphold the advice and guidance given by KBDYMM SPB Tuanku,” he added. – Bernama